Play international in Burundi © Kibuuka Mukisa Oscar / AFD
Since 2009, AFD has been supporting international development and solidarity projects through “Initiatives-CSO”: a partnership with Civil Society Organizations that has helped millions. We take a closer look at this partnership and its impact.

AFD and civil society organizations do distinct work, so in 2009 when Agence française de développement created a division that would foster partnerships with CSOs, it was building a bridge to a new world.  AFD had customarily worked with governments, often providing funding for major infrastructural initiatives. Now, working with a new team, it would be financing much smaller projects.

For their part, NGOs, non-profit associations and labor unions worried they would be dominated by what they perceived as the AFD big banking machine. Ten years on, the two worlds of development assistance continue to work together - with remarkable results.

The following facts and figures tell the story.

Who's the boss?
The CSOs are in charge. Each year, they present development initiatives, which address the needs of some of the poorest populations. They identify projects, set objectives and follow-up indicators, and define the actions to be taken. If their project is selected, they enter into a dialog with AFD to move to the next stage.

Two-Way Capacity Building
As we wouldn’t dream of trying to take the place of local stakeholders in the countries of intervention, the goal is to build capacity among local civil society organizations. AFD also wants to learn from their expertise and skills.

Increased Commitment
In ten years, with the continued support of the Ministry for Europe and Foreign Affairs, the budget for CSO initiatives has steadily increased from €40 million in 2009 to €93 million in 2019.

13: The New Lucky Number
AFD encourages a wide range of initiatives, and remains open to forging new partnerships.  Take the plunge: on average, 13 new CSOs are funded each year!

It's all about flexibility
From field projects to multi-year strategic partnerships, the various types of funding on offer can be adapted to projects and CSOs of all sizes. The goal is to support a wide range of partnerships, expand the role of French CSOs, and bolster the skills and visibility of partner CSOs.

Team spirit
The Initiatives-CSO program relies on AFD staff and the Ministry for Foreign Affairs and Europe. Some of those involved can tell you about how they once counted turtle eggs on the Galapagos Islands, founded a CSA, were closely involved in the Arab Spring Revolution, fished salmon in the North Pacific, earned a red belt in taekwondo, wrote a thesis on 19th century Paris theatre and met the Dalai Lama and other international leaders.

Three years old and going strong
To receive funding from the Initiatives-CSO program, you must be a French civil society organization that was created at least three years ago and fall under one of the following categories:
•    A non-profit association under the French law of 1901
•    A labor union under French law
•    A State-approved French foundation

€1.2 billion
The total budget for the 816 CSO projects that AFD has funded since 2009. AFD has provided €550 million of co-funding to promote international solidarity.

+224%
The increase in the amount allocated to the program over ten years.

30%
The percentage of French CSOs funded by AFD that have an annual budget of less than €1 million. Only 20% have a budget greater than €15 million. Proof that AFD doesn't only fund XXL CSOs!

99%
The percentage of funded initiatives that contribute to the Sustainable Development Goals set by the UN.

78%
The share of funding allocated to projects that combat gender inequalities, both their causes and effects. And there is still work to do because even today, in France women hold 78% of unskilled jobs.

70%
In 2018, the percentage of development projects that are carried out on the African continent.

The goal
Provide future opportunities for the young people who are facing the highest unemployment rates in the world (in Morocco, Egypt, and Lebanon) by training them in the fields of energy and industry.

And what are the results?
3,600 young people have been trained in the energy professions. In Lebanon, 98% of young graduates from partner schools are employed or are pursuing their studies.

And what are the results?
Political and social campaigns are being carried out to promote access to contraception and education for girls and to combat FGM (female genital mutilation) and forced marriages.

We protect children
With Ecpat France

The goal
To protect children from all forms of sexual exploitation.

And what are the results?
In 10 African countries, more than 8,000 children are learning the skills and reflexes they need to protect themselves.  Some 1,600 victims are offered support to reintegrate into society on a long-term basis.

Preventing corruption in the forest
With Transparency International

The goal
Strengthen governance and fight corruption in forest management in the Congo Basin, the planet's second-biggest “lung” (after Brazil).

What are the results?
2,500 local civil society stakeholders have been trained in the fight against corruption and work as a network; anti-corruption policies have been strengthened and victims and witnesses can finally file complaints and report abuses.

Preventing rhinos from being dehorned
With the WWF

The goal
Fight rhinoceros poaching by changing the behavior of Vietnamese consumers who particularly appreciate rhino horn powder for its properties – real or imagined.

What are the results?
The goal is to reduce demand for rhino horn in Vietnam by 50% by 2020. Since the powdered horn is a highly prized gift in the business world, information is being sent to companies, who are in turn encouraged to have zero tolerance for this practice.

Back to school after the hurricane
With Solidarité Laïque

The goal
Relaunch educational activities in the Southern part of Haiti hit by Hurricane Matthew in 2016.

And what are the results?
21,000 children were able to go back to school thanks to efforts to refurbish, equip, and install electricity in 44 schools – and to add greenery on school grounds. To cope with climate risks, 80% of the renovated schools now meet anti-hurricane standards.

Farming as a family
With Agrisud International

And what are the results?
More than 8,000 family farms have received training and are adopting agroecology techniques. Farmers have changed their practices in Senegal, Haiti, Laos, Madagascar, and six other countries. Not only are they protecting their land, their yields and incomes have improved, too!

Promoting solidarity in a fun way
With CRID

The goal
Organize an annual gathering to promote solidarity among all citizens: the Solidarity Festival.

And what are the results?
For the past 20 years, 300,000 citizens and development stakeholders have participated in 4,400 fun and consciousness-raising events.

Following in Abraham's footsteps
With Afrat

The goal
Support local development through ecotourism and generate income for Palestinian villagers by taking hikers on a mythical journey: the Abraham Trail.

And what are the results?
Close to 250 km of trails have been signposted. Young people have been trained as guides. Residents have been trained in reception services, and local authorities are on board. The route is now recognized by the biggest tour operators – and was hiked by 8,000 people in 2018!

We don't forget anyone
With Humanité & Inclusion

The goal
Improve the living conditions and professional training of people with physical and/or mental disabilities.

And what are the results?
About 9,000 adults and 14,000 children and young people with disabilities have received help navigating their social and professional journey in Lebanon and eight African countries. 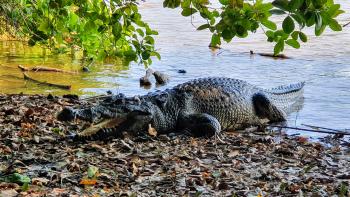 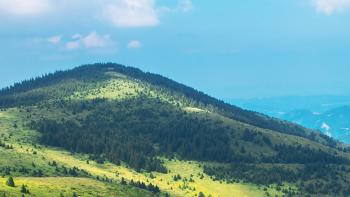 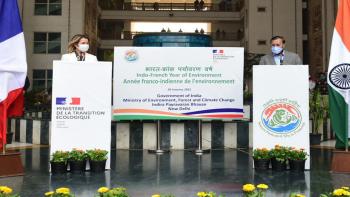