© Backdrop Ltd / Proparco
On International Migrants Day on December 18, we turn our attention to diasporas, particularly the African Diaspora, and its role in the continuing development in expatriates' countries of origin.

What is a diaspora?

The International Organization for Migration (IOM) and the Migration Policy Institute have defined Diasporas as: “Emigrants and their descendants who live outside the country of their birth or ancestry, either on a temporary or permanent basis, yet still maintain affective and material ties to their countries of origin. ” Given the number of immigrants (6.22 million) and their children in France (7.48 million), diasporas represent a potential 20% of the French population.

Due in large part to its history, France is the European country of choice for some of the most diverse diasporas in Europe. And one of the most enduring ties to countries of origin can be found in the steady stream of revenue sent home in the form of remittances: According to the World Bank, migrants’ remittances worldwide represented $520 billion in 2018, including $8 billion in transfers from France to Africa the same year. Recent trends also show the generally higher education levels of diasporas as well as their increased feminization (data from OCDE-AFD 2019).

Although most diaspora transfers to their countries of origin are meant to be spent by the families who stayed behind (consumer goods, education, housing, or health), we estimate that an average 15% of remittances are invested, especially in real estate. In some instances, the same person is enlisted for family support, involvement in a local association, a business project, or a real estate project.

Different practices are emerging among what we call second - and third-generation children: a greater focus on business and private investment, involvement in great causes like climate change and the fight against inequality. Emblematic figures from the economic, political, cultural, and sports worlds are engaging and acting as ambassadors of international solidarity.

The vital role of “repatriates”

From “repatriates”, as opposed to “expatriates”, the “repats” movement is gaining momentum among the younger generations of the diaspora. Some 70% of African MBA students want to return to Africa. This talent, supported by such mechanisms as AfricTalent, Forum Elit', MoveMeBack, Careers in Africa, is characterized by a high degree of internationally-recognized skills and qualifications, a personal stake in developing the continent - and even emotional intelligence.

Major companies, such as Orange, Unilever, CFAO, Canal +, have already made diasporas a major asset for their development in Africa. Data concerning these new profiles is still very limited, but the Inspire Africa association estimates that:

Diaspora contributions to civic, political, and economic life are becoming increasingly recognized by country-of-origin governments: in Morocco, national authorities portray Moroccans worldwide as the thirteenth region of the Kingdom of Morocco. In Senegal, 15 deputy seats were allocated for the diaspora in parliament; in Guinea and Mali, some government ministers come from diasporas.

In France, Emmanuel Macron established the Presidential Council for Africa (CPA) to revitalize the France-Africa partnership. A large portion of counsel members are from diasporas.

In France, diasporas are grouped together in the Forum of Migrants’ International Solidarity Organizations (FORIM). Established in 2002, FORIM reflected the determination of migrant associations to better organize themselves under the umbrella of a representative body and the desire of public authorities to have a legitimate interlocutor representing migrants. As a result, the partnership between the diasporas, represented by FORIM, and the relevant public authorities is a recurrent one, with AFD in particular (see box below).

The shared aspirations of France and its African partners have generated such projects as the Program to Support Solidarity Initiatives for Development (PAISD) in Senegal or Diasporas Mali, supported by AFD. In Senegal, from 2005 to 2015, PAISD raised nearly €6 million from Senegalese diasporas in France to co-finance close to 150 social infrastructure projects involving education, health, and water supply in their native village along the banks of the Senegal River.

What is AFD’s role?

FORIM brings together more than 1,000 associations across the diaspora, from 70 countries in Africa, Asia, and Latin America and is involved in integration efforts in France as well as in development projects in countries of origin.

Tapping into the entrepreneurial spirit of younger generations, AFD also supports two projects with an “All Africa” dimension: European Mobilization for Entrepreneurship in Africa - MEETAfrica for diaspora entrepreneurs and DIASDEV for diaspora investors who leverage the new wireless transfer, banking, and crowdfunding tools.

Spearheaded by trailblazing citizens who are building a new relationship with Africa and the wider world, the role of diasporas as development partners continues to grow. 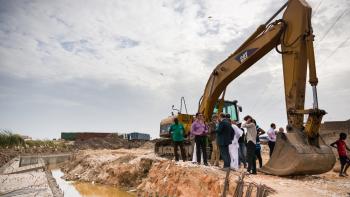 Diasporas : Main Source of Support for Their Countries of Origin 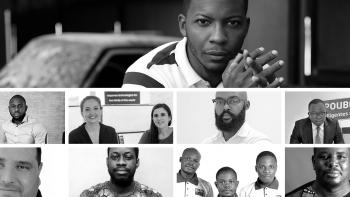