With Andela, the Best Coders in the World are Trained in Africa

© Backdrop / Proparco
It is essential for Africa to develop the skills of its workforce and invest in its multiple local talents if the continent is to succeed in its digital revolution. Proparco, AFD Group's private sector subsidiary, supports Andela, a start-up that trains an elite group of developers.

Andela is a little like an African version of the “42” schools springing up around the world, originally founded in Paris by Xavier Niel in 2014. Andela has forged a place at the forefront of the continent's technological disruption. It aims to combat the shortage of skills by selecting and training the most talented developers in Africa. It has been estimated that more than one million jobs remain vacant worldwide. This talent shortage is slowing the growth of major technological ecosystems.

Africa has an untapped talent-pool at a time when companies around the world are looking for skilled engineers. Andela seeks to help such people develop their abilities. Here we identify talented people, whose skills we strengthen so that they can reach the highest level.

Few people think of Africa when it comes to software developers. At Andela, we want a new Africa, we want to be leaders who contribute positively to the way the world develops.

But there is a rigorous selection process for those who wish to become Andela developers. On average, just 10 out of 2,000 candidates are selected to join the company for four years on a full-time basis. For six months, new recruits are trained in coding while working alongside senior engineers and within internal teams – and are paid to do so.

Once their skills and abilities to work in a team have been confirmed, these employees move to one of the 100 partner companies, joining their teams as full-time engineers. This is a huge asset for the employees: "Even though I've worked here for less than two years, I've already had the opportunity to work with some really incredible global technology companies," says Mbithe Nzomo, a young Kenyan developer.

In three years, out of nearly 100,000 applications, Andela has already selected more than 900 "Andelan" developers, half of whom have served time with partner companies. The others design Andela's products in-house or are still following the integration phase. 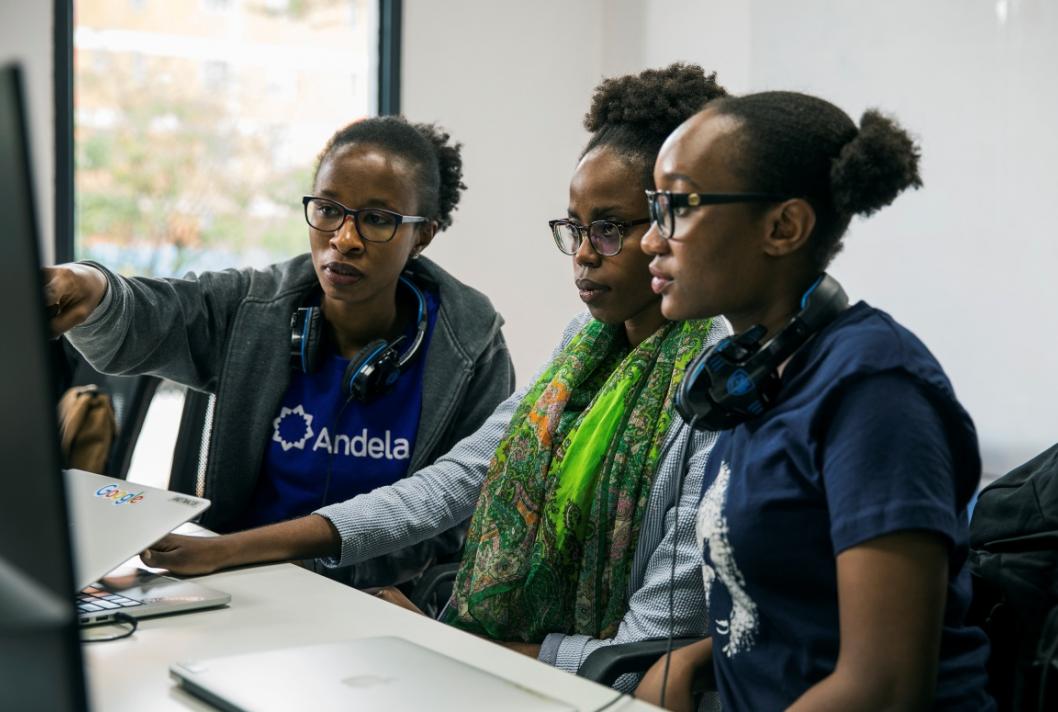 A commitment to feminize the profession

Today at Andela, 23% of the developers are female, compared to a world average of 5.8%. To promote gender parity in its teams, the company organizes numerous recruitment campaigns and training seminars reserved for women in Lagos and Nairobi. The company also launched the "She Loves Code" initiative, a program that allows professional women to become "sponsors" of young women in their communities and to organize local events.

Despite the investment opportunities presented by the tech industry in Africa, start-ups are struggling to access the financing they need to expand beyond their local markets. This is why venture capital funds like TLcom TIDE Africa are playing a ground-breaking role here. TLcom TIDE is the first international venture capital fund focused exclusively on technology-enabled services and innovation for Sub-Saharan Africa across all stages of the venture capital cycle. It receives support from Proparco, which invested 5 million dollars in its work at the beginning of 2018. This investment is in line with the determination of AFD's private sector subsidiary to foster an environment conducive to the emergence of African start-ups. TIDE Africa’s first full-scale experiment was to fund Andela.

A bold step – and one that works. In just a few years, Andela has demonstrated the full potential of an African company; it is on its way to becoming a high-value enterprise. A real success story.

An African success story
With @Andela, the best coders in the world are also trained in #Africa! With support from @Proparco and @AFD_en
share