Chad, Baga Sola, June 2017 © Emmanuel Chauvin
Jean Jaurès Emmanuel Chauvin, a teacher-researcher at Toulouse University, has highlighted the causes of a regional crisis through a scientific study on the war in the Central African Republic and its regionalization with Chad. He questions the type of tools which need to be deployed in response to these situations. 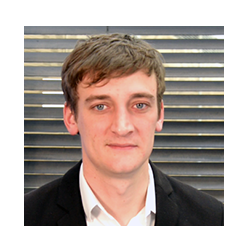 Why a study on the war in the Central African Republic?

AFD chose to work with the Pharos Observatory, an institute which gives insight into the question of the plurality of religions and cultures around the world. As I wrote my thesis on forced migrations related to insecurities in Central Africa, the observatory asked me to conduct this study.

How do you conduct a study in a crisis-stricken country?

The objective of this study is to provide insight into the links between the war in the Central African Republic and Chad: the military links, but also the economic and cultural links, with the requirement of using data collected in the field. It was not a question of conducting a desk study, but of taking the facts and views of local actors into account.

What conclusions have you drawn?

This study has shown the close complementarity of several territorial phenomena: conflicts, trade and regional integration. Firstly, Chadian actors played a major role in the regional escalation of the conflict in the Central African Republic via cross-border military flows.

Secondly, the conflicts have led to a regional disintegration between the two countries, through a reduction in economic flows and a political compartmentalization between communities.

Thirdly and more generally, the case of the Central African Republic/Chad tandem calls into question the future forms which need to be given to regional security and development instruments in Africa, in a context where national geopolitical interests intersect on the continent and the gap between emerging regional powers and the most fragile States is widening.