© Claire Vigé-Hélie / AFD
The local government of Qixian (Qi County), located in the centre of China, is launching a major restoration programme for historical monuments, old housing and its city-centre's infrastructures. This is a ground-breaking initiative which will benefit all and is supported by AFD.

There is still a faint scent of tea in Zhaoyu, a small town in the heart of China and the historical centre of Qixian. Over 1,000 traditional houses built between the 15th and 19th centuries and several historical monuments are a reminder that this was once one of the most flourishing cities on the ancient tea road between southern China and Russia. This particular urban heritage is even classified as a "National Historical and Cultural City" by the Chinese authorities.

While that may be the case, the fact of the matter is this: due to a lack of proper protection, this heritage is being lost. Well-preserved historical buildings can be found right next to others which are severely dilapidated. This means that neither are being seen in their best light, which explains the lack of tourism in the city. The city centre's 5,600 inhabitants live in historical but outdated housing.

The local government of Qi County has decided to take action. With the French Development Agency's (AFD) support, via a loan of €70 million, it has just launched a project to protect and promote the city's heritage and improve the living conditions of the residents of Zhaoyu's historical centre.

The political context is favourable. After several decades of massive destruction of cultural heritage during the 20th century, the Chinese government has become aware over recent years of the importance of preserving the country's cultural richness. Today, it is in favour of innovative solutions in this endeavour.

In practice, the project consists of restoring traditional buildings, old housing, streets and urban infrastructure in terms of heating, sanitation, electricity and telecommunications. It also aims to create public parks on currently disused land, and premises to accommodate commercial activity.

Qixian county also wants to make use of the currently abandoned buildings' potential for tourism. The project therefore also aims to create a tourist office as well as a museum dedicated to the region's history, where it will be possible to view certain sites using augmented reality or immersive experiences.
Local historical monuments will be promoted using tourist trails and mini-interpretation centres, and several will offer accommodation and catering.

This is AFD's first incursion in the field of urban heritage in China. French expertise in terms of cultural heritage preservation has already proven successful elsewhere, especially in Laos, in the ancient capital of Luang Prabang [see our documentary video]. This is also proof that protecting heritage and improving living conditions are not mutually exclusive.

Five pioneering cities on the climate

[Video] The Mekong: The challenges of common management 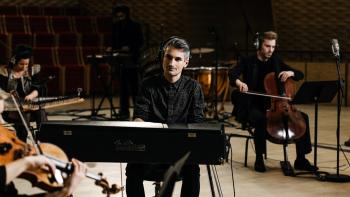