Paris, 10 April 2019: Rémy Rioux, Agence Française de Développement (AFD) Chief Executive Officer, presented the Group’s 2018 results, up €1 billion on the previous year. This presentation took place on the same day as the publication of the OECD 2018 figures for foreign aid.*
Commitments totalling €11.4 billion, with a €1 billion rise for Africa, climate and gender equality. AFD Group enhances the evaluation of its action for improved impact

“AFD Group, under the initiative of the French President and Government, is fully engaged, alongside its partners, in achieving the strategy defined by France to devote 0.55% of its GNI to funding development. This is demonstrated by our 2018 results in education, healthcare, the fight against climate change and gender inequality, or in the prevention of conflict in vulnerable zones. Our action is consolidated by our desire to carry out systematic evaluations of our projects and by the conviction of our fellow citizens that the solutions to the world's challenges can be found through international cooperation,” said Rémy Rioux, Chief Executive Officer of AFD.

AFD reports on its action: 100 evaluations made public by end 2019

The first bi-annual evaluation report of AFD on its action, drafted by the Innovation, Research and Knowledge Department, places evaluation at the heart of AFD’s priorities, at the service of its partners and beneficiaries. The 2019 edition highlights 58 evaluations for the period 2017-2018 with three key focus areas (Vietnam, public policy loans and biodiversity).

“This report is the result of a threefold demand; that of accountability at a time of new momentum in foreign aid, the demand for high performance in the evaluation of action and the need for innovation by capitalising on 40 years of evaluation and learning culture,” explained Thomas Melonio, Director of Innovation, Research and Knowledge.

As of this year, AFD is to double the budget devoted to evaluation to €3 million per year. AFD will publish 100 evaluations by the end of 2019 at www.afd.fr

The presentation provided an opportunity to report on the first results of the Group strategy adopted for the period 2018-2022, based on our five commitments contributing to the Sustainable Development Goals.

The commitment: to protect the planet from climate change and the decline in biodiversity, all AFD funding must be compatible with low-carbon development and resilience within the meaning of the Paris Agreement.

Progress: The roll-out of the 2050 Facility aims to support some twenty developing countries in low-carbon and resilient development strategies, in line with the aims of the Paris Agreement. In addition to this, in October 2018, the Group launched an ambitious programme “Transforming Financial Systems for Climate”, which aims to boost the local re-direction of investment flows towards low-emission and climate-resistant development. A programme with a total amount of over $750 million, in partnership with the Green Climate Fund which approved a $280 million contribution, one of the highest financial contributions of the Green Climate Fund since it was created in 2015.

The commitment: all AFD funding must contribute to strengthening social ties by fighting against inequality and for the well-being of populations, by boosting cohesion between regions and by promoting access to education and real gender equality.

Progress: following Burkina Faso, in 2018 AFD mobilised new delegated funds from the Global Partnership to support educational projects in Senegal, Guinea, Niger and Burundi. The Group is also developing new projects to promote gender, sport and youth access to the media, in particular in the Sahel region.

The commitment: to roll out a ‘3D vision’ based on the prevention of conflict in fragile and crisis situations, in synergy with the action of diplomats and armed forces.

Progress: more than €2 billion committed to the Sahel region since 2013 and reinforced coordination in vulnerable areas with 12 other donors within the Sahel Alliance, in partnership with the G5 Sahel. Actions led in close contact with local populations: a vocational integration project with young people in Gao, healthcare in Ménaka and a water supply project in Mopti, etc.

The commitment: All society’s players must direct their investments towards sustainable development projects. This means funding non-sovereign players such as local authorities, the private and financial sector, or community organisations.

Progress: With the Choose Africa initiative, AFD, via Proparco, its subsidiary devoted to the private sector, is beefing up its support for entrepreneurship and innovation in Africa, at the service of start-ups and SMEs. By 2022, €2.5 million will be allocated to funding and support for 10,000 small businesses and start-ups in Africa, including €1.5 billion in loans and guarantees and €1 billion for direct investments in particular. At the same time, AFD is supporting the African entrepreneurial ecosystem with the Digital Africa platform, presented during Emerging Valley.

The commitment: A project conducted with a partner is always better than a project without one. AFD provides a collective response, associating player coalitions to strengthen the effectiveness of solutions to issues on the ground.

Progress: bringing the development banks into line with the Paris Agreement is a priority for the IDFC Club, presided over by AFD, in particular through the creation of the IDFC climate facility to increase the integration of the climate factor in member strategies and promote the concrete implementation of this commitment.

In 2018, the projects supported by AFD enabled the following achievements:

French citizens are increasingly supportive of aid to developing countries and aware that the impact of the political, economic, climatic and demographic issues of southern countries also has an impact on their own lives. They associate the fight against inequality with sustainable development.

*The 2018 data reports on the adoption of a new, more accurate accounting method for foreign aid by donors when granting loans to developing countries

The Agence Française de Développement Group (AFD) is a public establishment which implements French foreign aid.
Climate, biodiversity, peace, education, urban planning, health and governance... our teams are involved in more than 4,000 projects with a significant social and environmental impact in France’s overseas territories and 115 other countries. In this way, we contribute to the commitment of France and French people to support the Sustainable Development Goals (SDG). 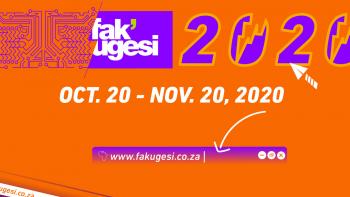