AFD’s board of directors approved on February 7th a funding program of EUR 7.5 billion. AFD will finance loans towards development projects in line with the increasing target of Public Aid as well as reimbursement of bonds. Bonds issues will be executed under the Agency’s EMTN program.

Depending on market conditions and investors’ needs, Agence Française de Développement will be on the bond market on the medium and long part of the curve with at least two EUR benchmarks. AFD will also issue at least one USD benchmark.

In line with previous years, Agence Française de Développement will adapt its issues in order to fully meet the needs. Especially, potential taps and Floating Rate Notes will be linked to demand. The increase of liquidity will be considered in the global funding strategy.

In 2018, AFD has done a significant part of its funding through private placements. The objective remains in 2019. AFD will keep sending a private placement EUR grid to its partner banks on a weekly basis. Besides, Agence Française de Développement plans to issue for the third consecutive year a Climate Bond. General characteristics of the bond will be as defined by the Climate Bond Framework designed in 2017.

For 2018, AFD’s board of directors had approved a funding program of EUR 6.77 billion. Through the year, AFD issued thirty bonds for various kinds of sizes for a total amount of EUR 6.46 billion. Among which three benchmarks : a ten year bond of EUR 1.4 billion (led to EUR 1.6 billion after two taps), a sixteen year bond of EUR 1 billion and a three year bond of USD 1.5 billion. AFD also issued a new EUR 500 million Climate Bond following the framework set up and the issue done in 2017. 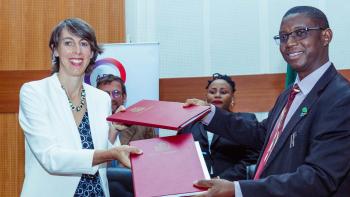 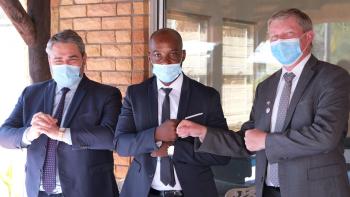 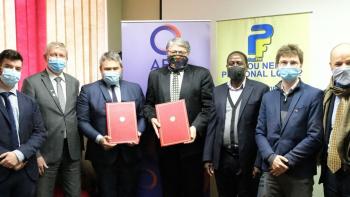 AFD Signs a Grant Agreement with Postfin in Namibia