One Planet Summit: One year later

© Mike Bloomberg / Flickr (CC BY-NC-ND 2.0)
AFD announces headway in the climate commitments made by France during the One Planet Summit in Paris one year ago, showing the sustained mobilization of public actors in climate finance.

On the occasion of the second edition of the One Planet Summit, held on the sidelines of the 73rd United Nations General Assembly in New York, the Agence Française de Développement (AFD) reports on the progress in the commitments made one year ago in Paris, during the first gathering of this international Summit, which plays a driving role in the consolidation of initiatives to finance the fight against climate change and environmental degradation.

AFD’s assessment today is a positive one, with an initial observation that all nine AFD commitments have been implemented. Nine months after the Paris edition of the One Planet Summit, an irreversible trend is taking shape: several commitments have been achieved, some upgraded, and most are on the right path to being met.

AFD had made the commitment to make all its financing compatible with low-carbon development resilient to climate change, in accordance with the Paris Agreement. The commitment also involves directing public and private investment along these lines. The “100% Paris-Agreement-compatible” commitment was transposed into its climate strategy adopted last November, and in its overall strategy for the 2018-2022 period. Since January 1, 2018, AFD is an agency 100% compatible with the Paris Agreement. All its interventions are now screened to ensure they are consistent with low-carbon and resilient development in the countries concerned.

Commitment 2: Encourage the other development banks to act in line with the Paris Agreement
Status: In progress

The multilateral banks announced US $35.5 billion in climate financing for 2017 in developing countries, an increase of 28% over 2016. And international climate financing by IDFC was US $196 billion in 2017, with this amount having doubled since 2015, the year of the COP21. These amounts include a share of financing for adaptation to the effects of climate change: US $7.4 billion for the multilateral development banks and US $10 billion for IDFC.

Engagement 3: Devote €1.5 billion per year from 2020 to help countries adapt to the effects of climate change
Status: Well on the way

The financing AFD devotes to adaptation increased 41% between 2016 and 2017, reaching €1.1 billion last year. Considerable headway has been made, helping to meet the growing needs of AFD partner countries, which are already having to deal with the effects of climate change.

Through the Adapt’Action Facility, now endowed with €30 million over 3 years, AFD provides 15 countries and regional organizations that are especially vulnerable to the impacts of climate change with technical assistance to determine and deploy their adaptation program. The first four financing agreements were signed during the 2017 One Planet Summit, with the Republic of Mauritius, Niger, the Comoros, and Tunisia. They have been joined by five additional beneficiaries since then, marking the start of activities on the ground: Madagascar, the Dominican Republic, the Republic of Congo, the Indian Ocean Commission (COI), and the Organisation of Eastern Caribbean States (OECS).

Defining long-term trajectories, as the Paris Agreement requires countries to do by 2020, is crucial for guiding development that is both low-carbon and resilient to climate change. The 2050 Facility, which will ultimately be endowed with €30 million, helps to support around 20 countries in their national strategy. An initial installment of €10 million was approved in July for funding this new tool that helps make AFD’s action consistent with the long-term objectives of the Paris Agreement.

The adaptation-biodiversity initiative in the Pacific seeks to help the small islands of the Pacific and their populations adapt to the effects of climate change and to protect their biodiversity through the implementation of nature-based solutions. AFD and the European Commission have announced an initial contribution of €10 million each. New Zealand and Australia have also joined the initiative and will contribute NZD 1 million and AUD 1 million respectively.

Commitment 7: Back up the restoration of degraded land
Status: Upgraded

AFD’s commitment has increased from €30 million to €40 million for the first investor round for the Land Degradation Neutrality Fund, a public-private fund managed by the company Mirova that finances the restoration of degraded land in several regions. This upgrading by AFD represents a first significant step in achieving the objective announced last year of US $300 million. This first investor round will reach completion in the coming weeks.

In December 2017, Emmanuel Macron called on philanthropists to mobilize their funding in three key areas for the climate: renewable energies in Southeast Asia, air quality, and agriculture.

Nine months later, a coalition of 16 philanthropists and 4 States—France, Canada, the United Kingdom, and Germany—has been created. AFD plays an active role in it as co-chair or contributor to the various working groups. Financial instruments, pilot projects, and collaborative programs have already been launched on these themes. A new public-private fund reflecting this unprecedented cooperation between philanthropists and governments will be announced soon. It is aiming at a leverage effect of US $1 billion (€850 million).

With this charter, AFD, Bpifrance, Caisse des Dépôts, the Fonds de Réserve pour les Retraites (pension reserve fund) and the Etablissement de Retraite Additionnelle de la Fonction Publique (French public service additional pension scheme) have undertaken to apply six principles to help the climate. Through this commitment, AFD confirms its position of vanguard in the fight against climate change, as it has been active for several years within various initiatives seeking to better incorporate the climate in its operations, along the lines of the Mainstreaming Climate Action in Financial Institutions Initiative. 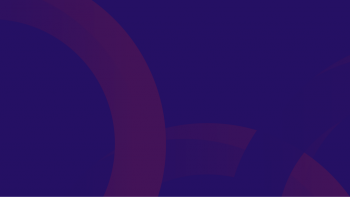 CDB and AFD strengthen their strategic and operational cooperation 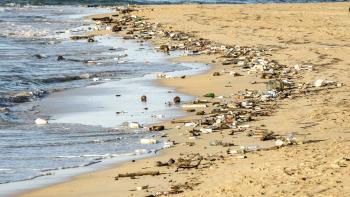 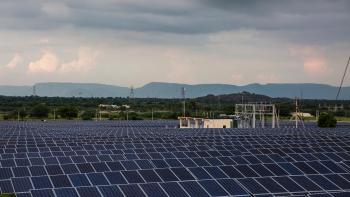