© Manfred Meiners / AFD
The UN Climate Change Conference (COP24) will be held from December 2 to 14 in Katowice, Poland. It will be an important step between the Paris conference (COP21) and the one to be held in 2020, when the countries will have to revise their climate commitments upwards. What should we expect from COP24? Timothée Ourbak, climate change specialist at Agence Française de Développement, gives us a rundown, below. 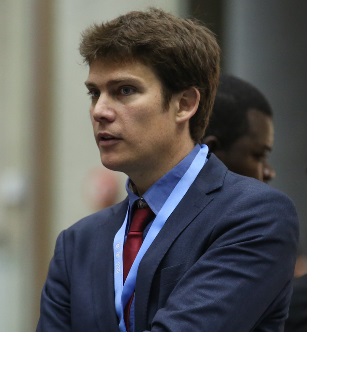 Three years on, have the commitments made by countries to COP21 been met?

Timothée Ourbak: There’s good news and less good news. The good news comes from the scientists at the IPCC (Intergovernmental Panel on Climate Change), who in their recent report estimated that it’s still technically possible to remain under the 1.5°C threshold for global warming by 2100.

There’s also good news from the development banks, many of which are investing in projects that have a positive impact on the climate. The World Bank, for example, set an objective, for the projects it supports, of 28% of projects with climate co-benefits by 2020. It has already reached the 32% mark.

But we’ll still require strong political will and immediate and drastic action by all stakeholders in order to limit global warming to 1.5°C. The climate plans to which the countries committed themselves at COP21 have for now put us on a track for more than 3°C of warming between now and the end of the century. And when we consider the fact that, according to a recent study, only 16 signatories of the Paris Agreement  (out of more than 150) are respecting their commitments, and that none of them figure among the biggest emitter countries… there’s reason to worry.

What should we expect from COP24?

This conference will first of all allow us to take stock of the commitments made three years ago at COP21, thanks to the Talanoa Dialogue [a process the Fijian presidency of COP23 launched to promote the sharing of ideas and experiences, with the purpose of encouraging governments to act more for the climate], which was conducted throughout the year by state and non-state stakeholders.

A big issue for this COP is to put the countries on track to set higher goals for reducing greenhouse gas emissions from 2020, as provided for by the Paris Agreement. The idea is to continually pick up speed, because time is running out.

At COP24, the governments will also negotiate the so-called rulebook for applying the Paris Agreement. Back in 2015, the major issue was to reach an agreement, so it was impossible to go into detail on several points. There’s no common framework, for example, for measuring greenhouse gas emissions.

Finally, it’s important for COP24 to show that the climate-change momentum and awareness that led to the success of COP21 are still there, three years later. Indeed, there’s the risk that other countries may follow the example of the United States and withdraw from the Paris Agreement.

What role does AFD plan to play at COP24?

We’ll be there to participate in discussions, especially on how the development banks fall in line with the Paris Agreement [since January 2018, AFD is the top “100% Paris Agreement” institution — click here to read its new strategic orientation plan ], but also on issues concerning long-term transition and climate risks for finance.

As during the previous conferences, it’s important to highlight the link between climate financing and development assistance.

Our participation will also involve discussing the green finance mapping of IDFC [the International Development Finance Club, chaired by AFD] and the 196 billion dollars the Club devoted last year to projects with positive effects on the climate. We will also promote the TFSC program adopted recently by the Board of the Green Climate Fund [a program that incites local financial institutions to support the ecological transition]. For all these reasons, it’s important that we be there.

5 Pioneering Cities on the Climate

“One Health”: Responding to Pandemics with a Holistic Approach to Human, Animal and Environmental Health Supporting African Small and Medium Business during the Covid Crisis: A Development Priority AFD Launches an e-learning Platform on Procurement for the Beneficiaries of its Financing Preserving Oceans: Four AFD Initiatives

ESG-linked Loans: finance as a lever for change