© DR
On Sept. 3, 2018, the magazine “Usbek & Rika” held its “Court for Future Generations,” an original and offbeat event that raises pertinent questions about issues of the future. This time, AFD agreed to play along.

It’s not every day that AFD finds itself in a court dock. Fortunately, the trial held on Sept. 3 in Paris, in the grand auditorium of Palais Brongniart, was not a normal trial but the “Tribunal des générations futures” (Court for Future Generations). This conference-performance, put on regularly by the magazine “Usbek & Rica,” uses a courtroom framework to debate major issues of the future and how they will affect future generations.

At each edition, someone from the magazine or a specialist in the field is dressed up as a judge and launches the topic (previous ones have included “Should we have a green dictatorship?” and “Should we dismantle Google?”). Next, a “prosecuting attorney” and a “defense attorney” present the background and ramifications of the issue, by grilling a series of key witnesses who are experts on it. The two attorneys must try to convince their respective causes to the “members of the jury,” who are chosen from the audience to represent the future generations.

AFD agreed to play along in this event, as the topic concerned development-related policies. The trial focused on this crucial and purposefully provocative question to stir up debate: “Is Official Development Assistance (ODA) a rip-off?”.

“We could consider ODA a rip-off,” declared the prosecuting attorney, who declared that, for the 150 counties on the OECD list, the funds earmarked for development do not fully reach the beneficiaries, who are victims of corruption and of the political interests of the donor countries. She went on to say that the 145 billion dollars in annual ODA were merely a “band-aid on a wooden leg” compared to the astronomical amounts invested in those countries by the private sector.

This allegation was initially supported by the first expert called to the stand, a researcher from the French Institute for International and Strategic Affairs (IRIS), Esther Schneider: “Some developing countries don’t always implement the projects they receive funds for. However, not all studies blame ODA for corruption. Companies and lobbies are also involved.”

And what about political interest on the part of donors? “It has more of an influence than it should when aid programs are worked out. There’s more accountability toward the members of parliament and citizens of donor countries than to the people who are the aid beneficiaries,” argued Esther Schneider.

“ODA is one of the vehicles for France’s foreign policy,” acknowledged Yves Guicquéro, Deputy Director of Strategy, Partnerships and Communication at AFD, who was called to the stand shortly after. “But it’s not just a matter of influence and interest. There’s also a lot of altruism and desire for the world to be better.”

According to the representative of AFD, ODA is essential in order to meet big needs around the whole world. “Without it, financing would be very difficult for many fields of intervention, such as health care and renewable energy,” he stated. “It’s also an important driver for mobilizing the private sector and urging it to invest for a more sustainable world.” This point was not denied by Esther Schneider: “If we get rid of official development assistance, a market system will take over, and many countries would suffer the threat of heavy indebtedness.”

The defense attorney then compared the transparency and unquestioned impact of ODA with a system regulated by private charity which, if it were to become dominant, would not benefit developing countries. “Official development assistance is not above reproach, but the very fact that we’ve put it on trial today proves how important it is to us,” he emphasized.

One hour after the trial began, the jury withdrew to consider judgment. Its indisputable verdict came back in a very short time: a clear majority of the jury considered that ODA is not a rip-off, even if it can still be perfected. The citizens have spoken: ODA will remain under surveillance. 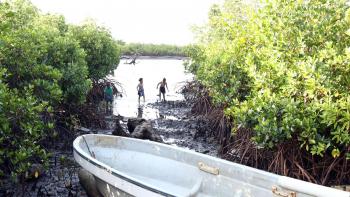 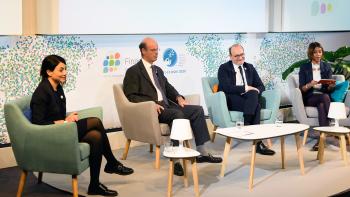