“Despite its Affordability, Solar Energy Remains Under-Exploited in the Global South” - Mathilde Bord-Laurans

© Francesco Zizola / AFD
Abundant, clean and inexpensive, solar energy offers an unprecedented opportunity to provide reliable energy across the Global South. France continues to ramp up support for developing countries to make the transition. But obstacles remain. On the eve of the Climate Action Summit on September 23, we take a closer look at what these obstacles are and how they can be overcome, with Mathilde Bord-Laurans, head of AFD's Energy Unit.

France has boosted its support for the International Solar Alliance - a major force behind the provision and expansion of sustainable energy. Where do we stand today?

Announced by India and France at the UN Climate Change Conference in Paris (COP 21) in 2015, the ISA is a collaborative program that is working to increase the use of solar power in 121 tropical countries exposed to near year-round sunshine. The objective is to reduce dependence on expensive fossil fuels, decrease emissions, and fight global warming.

Since 2015, France has announced multiple financial commitments to solar power projects via the ISA, beginning with an outlay of €300 million. That amount rose to €1 billion in 2018, and at the One Planet Summit in Nairobi in March 2019, President Emmanuel Macron announced that France’s engagement in solar power projects would rise to €1.5 billion by 2022.

To honor these commitments, AFD has already awarded nearly €900 million to projects for public and private photovoltaic power stations with a capacity of at least 2 GW each.

Yet, despite this growing support, solar power remains underused in developing countries. Why?

It does at first seem incomprehensible, given that solar is the cheapest energy to produce and is available in abundance.  Nevertheless, there are several reasons. First, technical considerations: solar power is an intermittent energy source that generates challenges for energy storage and distribution across the electric grid. This can be problematic in the countries where we work, where electrical operators have old grids with low levels of automation.

So power grids need to be modernized to take full advantage of solar energy. This potential revolution in energy distribution requires capacity building among local operators. That’s why AFD provides not only funding for investments, but also expertise and support to operators in the field who need to bring their knowledge and know-how up to date.

“Financial risk” can also be an obstacle to solar power deployment. How can we deal with this problem?

The risk of delayed or outstanding payments for electricity purchased from private producers by network operators that handle its transmission and distribution, can lead to interruptions in the provision of electricity and power cuts.

To address this problem, AFD and the World Bank launched the Solar Risk Mitigation Initiative (SRMI), which facilitates the development of private projects for solar power production in emerging and developing countries.

The goal is to build a favorable environment in which governments make clear commitments with feasible objectives, to attract innovative solar power providers.

The SRMI also strives to improve transparency, and plans to launch an electronic platform for awarding contracts by the end of 2019. For the implementation of each project, the initiative calls upon experts in finance, technical development and legislation to offer their support to recipient governments.

What's more, the SRMI will provide tools to mitigate and share financial risk. For example, AFD will offer a liquidity mechanism to support the development of renewable energy projects with a capacity of less than 50 MW in Africa. 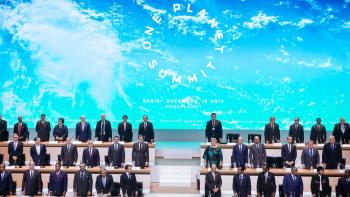 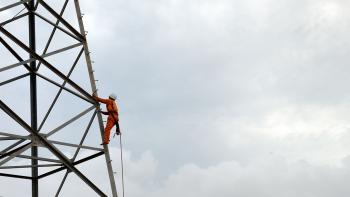