Diasporas : Main Source of Support for Their Countries of Origin

© clement-tardif.com for AFD
Remittances by migrants are the main source of financing for the development of their countries of origin. While Senegal and AFD are strengthening their cooperation on this issue, Olivier Kaba, AFD’s migrations project manager, analyzes this very particular process.

What is the main source of support for countries which need it the most? Development banks and their financial power? Large international NGOs? The foundations of extremely rich entrepreneurs and millionaire former athletes? No. Members of diasporas who live all over the world are the main source of aid for developing countries.

Indeed, they send a few dozen or hundred euros a month to their families who have stayed in their home countries. The total amount of their personal contributions is three times higher than the total amount of Official Development Assistance. The World Bank estimates that officially recorded remittances to developing countries stood at USD 429bn in 2016. In the same year, total Official Development Assistance stood at USD 142.6bn.
In Senegal, the OECD estimates that 10% of the country’s GDP comes from money sent by the diaspora which mainly lives in Europe, and in France. Every year, some USD 1.5bn travel from France and elsewhere to Senegal.

In this context, on 19 October, AFD is signing a financing agreement with the Government of Senegal. It involves cofinancing – with financing from the European Union and Government of Senegal – the initiatives of Senegalese diasporas in France, but also in Spain, Italy and Belgium, for developing countries.
The program will last 4 years and has a total amount of EUR 14m. It benefits from a EUR 2m contribution from the Government of Senegal. This clearly demonstrates the strength of the partnership established with France for this mechanism since 2015 and entrusted to Agence Française de Développement starting in this year. 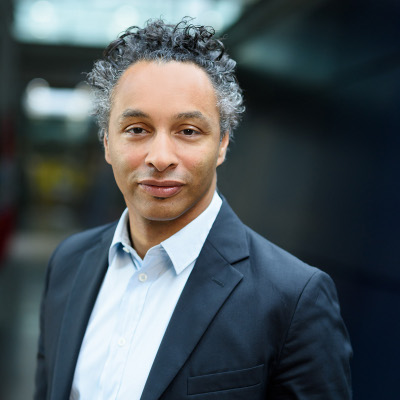 What role do diasporas play in the economy of developing countries around the world?

80% of the remittances to countries of origin are intended for consumption and the coverage of risks for families who have stayed in their home countries (food security, health, education). But the amounts are so high that the remaining 20% are equivalent to almost a third of total Official Development Assistance. This is the money which AFD and its local and international partners propose to make the best use of and increase so that it serves the development of the countries in question.

What does the partnership between the European Union, AFD and the Government of Senegal involve?

The backbone of the project involves providing financial “leverage” for the direct contributions made by diasporas for the development of certain remote regions in Senegal. For example, the previous projects (2006-2013) mobilized EUR 6m from the Senegalese diaspora in France. For this new project, Europe is contributing EUR 10m and Senegal and AFD EUR 2m each. There is a significant multiplier effect.
In all cases, the money paid by the diasporas goes directly to the field. In Senegal, it is managed by a local administration. The “social control” is totally secure: as the contributors’ funds go directly to their community of origin, it is very easy for them to track their money and judge whether it has been used properly.

There is not only the financial aspect...

Of course. We also provide a high-level technical framework and expertise for all the aspects of development that are inaccessible for simple associations. This is without forgetting the transfer of skills by the members of the diasporas themselves who we support: a French elected official of Senegalese origin can share his knowledge of governance with local elected officials, while an engineer or academic from the diaspora based in France can do the same in their field.

What types of project will this partnership finance?

A total of 150 development projects will be financed to meet the needs of the country’s rural areas in the sectors of agriculture, education, health and access to drinking water. It also involves financing 200 expert missions in various fields and supporting 300 companies.
For example, in the past, a group of several diaspora associations has financed the construction of the Ourossogui High School in the north-east of the country. On the economic front, Niokolo Transports, a passenger transport cooperative, was set up thanks to our programs and the direct investment of several emigrants. This initiative has not only opened up the regions which are served (Tambacounda, Kédougou), but is also a major economic success.

Does promoting the contribution of emigrant diasporas also show immigration in a different light?

Yes, it does. We advocate that migrations primarily benefit development and growth and are much more than a trigger for vulnerabilities, an aspect which is all too often singled out and put forward. We have a vision that is sufficiently close to the ground to promote this extremely positive aspect of migrations. The amounts transferred, the transfers of skills, the remarkable vivacity of the projects developed, and the social control over these projects are all extremely useful.

Diasporas, champions of solidarity
In #Senegal, @AFD_France is supporting diaspora investment to help the development of the country. Olivier Kaba tells you all about it !