Four Questions About U20, the G20 Cities Summit

© Benjamin Petit / AFD
On 29 and 30 October, thirty-five of the world’s major cities will be participating in “Urban 20”, the first Cities Summit organized ahead of the next G20. The event, which will be held in Buenos Aires in Argentina, marks a further step towards taking into account the development challenges of the cities of the 21st century.

What is it about?

Urban 20 was officially launched on the sidelines of the One Planet Summit in December 2017 in Paris, under the leadership of the cities of Buenos Aires and Paris and with support from the C40 network. Its objective: create a forum for dialogue between cities in order to formulate collective messages to contribute to G20 reflection on global issues.

The summit in late October will gather mayors from several large cities, such as Berlin, London, Los Angeles, Mexico City, Moscow, Rio de Janeiro, Sydney and Tokyo to discuss common development issues. Together, they will formulate a collective message for the G20 Heads of State who will be meeting in the Argentinian capital a month later, on 30 November and 1 December.

Mayors have jointly committed to the climate, social inclusion and the construction of sustainable, inclusive and resilient cities via a joint statement signed in April 2018 and an action plan which will be launched during the summit. They are equally committed to preparing their residents for developments in the labor market and promoting the role of women, hoping that they will obtain the support and commitment of G20 countries on all these points.

In a context whereby cities are gaining importance – since 2010, there have been more city dwellers than rural dwellers – and are taking action on global issues, “cities are positioning themselves as a complementary actor to propose solutions”, notes Juliette Grundman. U20 also involves a dozen or so conferences open to the public on the major issues related to the sustainable development of cities.

What subjects are of concern to cities?

Urban 20 gives large cities the opportunity to draw the attention of the Heads of State of the main world powers to the problems they are facing, and there are many of them: access to financing, implementation of the Paris Climate Agreement, inclusion of minorities, role of women in the public sphere, developments in the labor market, data sharing…

Cities, and especially the largest cities, have the power to transform themselves.

In April 2018, the mayors of the 25 member cities of U20 signed a joint statement calling for cooperation to be stepped up with G20 leaders on the key issues of sustainable development, such as climate change and social integration. In addition to the action plans already mentioned, the mayors of U20 will adopt a communiqué during the summit, which will specify the agenda of urban solutions to be implemented to address the challenges identified.

How is AFD involved?

AFD has been supporting the U20 initiative since its inception as a strategic partner, with EUR 120,000 of financial support. It has also contributed to drafting white papers on the financing of cities and the implementation of the Paris Agreement, which have already been published on the initiative’s web page.

This initiative ties in with a number of the thematic areas we focus on. AFD was also the first development bank to support it.

An AFD delegation will consequently be present at the Buenos Aires summit. It will join a panel of experts on access to financing for cities, alongside the World Bank, Inter-American Development Bank, Andean Development Corporation (CAF), the Argentina G20 Finance Deputy and the Mayor of Nairobi.

Will the G20 Heads of State take the message of cities into account? Will U20 become a key forum? Will other cities join the initiative? These questions will all be raised during the closing of this first G20 Cities Summit.

“We don’t know yet whether U20 will be institutionalized and develop towards a G20 engagement group”, states Juliette Grundman. “However, it is already planned for Tokyo to take over from Buenos Aires in 2019”. This should underscore the importance of cities on the world political scene and the development challenges related to them.

Five pioneering cities on the climate

One Planet Summit: Our concrete commitments 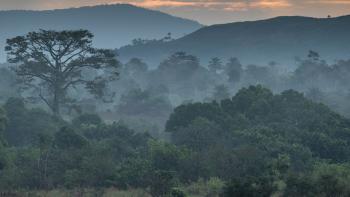 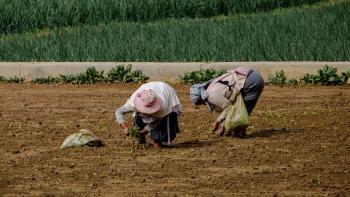