The Gambia Back on the Road to Economic Development

A street in Banjul (The Gambia) © CC BY – Demian
Currently in the throes of democratic transition, the country has been able to count on the resumption of international aid since January 2017, notably from France, the biggest bilateral contributor since the signature of a Memorandum of Understanding in November 2018.

On 1st December 2016, the election of Adama Barrow by universal suffrage put an end to twenty-two years of autocratic rule in The Gambia. Although the political situation has become more stable since, the country’s economy remains very fragile. The Gambia suffers from considerable deficits in terms of its development, infrastructures and social services. In 2016, it stood in 173rd position (out of 188) in the UNDP Human Development Index (HDI) ranking. 48.4% of the population was living under the poverty line at the time, and this high level remains relatively unchanged today.

Currently in the throes of democratic transition, the country has been able to count on the resumption of international aid since January 2017, mainly from the IMF, the European Union and the World Bank, and also from France. After reopening its diplomatic office there, in February 2018 it decided to add Gambia to its list of Priority Countries. In May 2018, on the occasion of the International Conference for The Gambia in Brussels, France also gave a commitment to contribute €50 million over four years to the National Development Plan, thus becoming the biggest bilateral contributor in The Gambia.

It is against this backdrop that the Agence Française de Développement (AFD) has resumed its activities in Gambia. In 2018, it contributed €5 million to the country’s transition to a new IMF programme, notably by contributing to the launch of the audits of public companies that are essential in order to stem endemic corruption, and by proposing technical support for the future foreign debt negotiations with the country’s main creditors.

A part of this sum also went to cover certain health expenditures, such as the purchase of drugs and medical supplies. This participation was officialised by a Memorandum of Understanding signed by AFD Chief Executive Officer Rémy Rioux with the Gambian authorities in November 2018, in the presence of the head of French diplomacy, Jean-Yves Le Drian.

a dictatorship here that was overthrown through the ballot box and France was one of the first, if not the first country to support the election of President Barrow.

France’s main initial interest with regard to The Gambia is to support the democratic transition there. Without any ulterior motives. Because there was In liaison with the IMF, the new Gambian authorities have adopted a reform programme in order to reinforce the democratic institutions and stabilise the country’s economic situation. It is an immense undertaking and one that was initially taken on by Amadou Sanneh, Minister of Finance in the new, democratically-elected government. “Most of the institutions were affected by the 22 years of dictatorial rule,” he explained in an interview given to the IMF when he took up office. “Institutional processes were broken and a lot of the state-owned institutions were near bankruptcy. Every sector was damaged.”

When I stepped in, in January 2017, The Gambia was a broken country.

Amadou Sanneh, Minister of Trade in the Barrow government

Making up for 20 years of isolationism

It is difficult, however, to find a quick fix for the damage caused by two decades of diplomatic isolationism and generalised corruption. Although the country would appear to be on the way to economic recovery with a rate of growth in GDP of 4.6% in 2017 (against just 2.2% one year earlier), the government is facing considerable challenges.

The high public deficit (7.9% of GDP) implies a financing requirement of around 4% of GDP, which leaves little budgetary room for manoeuvre to execute the National Development Plan 2018-2021 adopted in February 2018. In addition, the burden of public debt (130% of GDP, recently reduced to 88% after reassessment) remains a threat to macro-economic stability.

At the head of the Ministry of Trade since the government reshuffle by Adama Barrow in June 2018, Amadou Sanneh says he feels confident for the future: “We are doing our best to create the environment in terms of doing business in The Gambia. We have some incentives that we offer to investors, like tax holidays and duty-free capital equipment for those setting up manufacturing. I know it’s a competitive environment, but at least we are also playing a role to make The Gambia a very investment-friendly country. We have seen some growth signs and that is encouraging.”

After contributing to the macro-economic stabilisation of the country in 2018, AFD is now set to focus on food security for the population, mainly through rice production. “We are studying the possibility of working on the development and extension of small irrigated rice-growing areas,” explains Alexandra Diaby, Policy Officer for Macro-Economics and Financial Governance at the AFD agency in Dakar. “The objective is to roll out a quick demonstrator project in small-scale irrigation to develop the rice-growing value chain in Eastern Gambia.”

Another priority for 2019 is to support the National Water and Electric Company (NAWEC) with the distribution of drinking water in Banjul, capital of The Gambia. “The aim of the project is to improve the quality of the service provided by the NAWEC, to restore financial balance to the sector, and to improve access to drinking water, as well as the NAWEC’s water and sanitation planning activities in the Banjul region,” explains Alexandra Diaby.
On 21 January 2019, as a sign of the country’s new-found dynamism, The Gambia inaugurated the 1.8km-long “TransGambia Bridge” across the Gambia River to the south of the Gambian border post in Farafenni. Keenly awaited for decades, it came to be christened the “bridge of deliverance” and should open up opportunities for boosting trade between The Gambia and its West African neighbours. 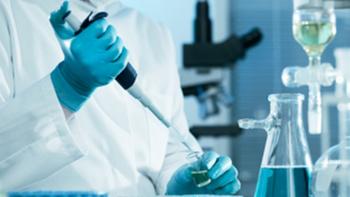