© Isabelle Bonillo / AFD
The summary of the report by experts at the Intergovernmental Science-Policy Platform on Biodiversity and Ecosystem Services (IPBES) has just been made public. Its conclusions invite Agence Française de développement (AFD) to better take biodiversity into account in all its actions. 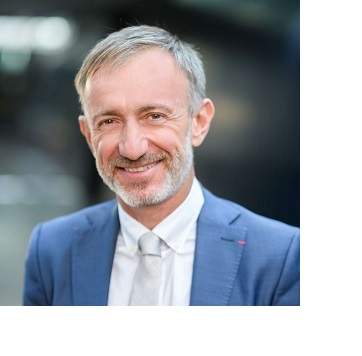 What do you take away from the IPBES work published on Monday May 6?

Gilles Kleitz: First of all, it’s a wealth of information about the global state of biodiversity. This is the first time such a synthesis has been undertaken. Clearly, the findings are alarming: some two thirds of ecosystems are degraded, along with the services they provide us.
The figures in the report demonstrate that, if we continue with current national and international public policies, we will not be able to reverse the trend. The 20 Aichi Biodiversity Targets adopted in 2010 will not be achieved... Major change is needed.
More generally, the IPBES’s work reframes the issue of biodiversity as a critical one for our future, alongside the global economy, governance, and social issues. The environment can no longer be an isolated concern. The IPBES report brings it to the core of vital development choices for the coming decades!

How can we reverse the trend?

By taking biodiversity into account in public policies, including economic and social policies, which is currently not the case. Governments must shoulder their responsibilities, as they did at the COP21 in 2015: they must commit to national trajectories that are favorable to ecosystems, drastically reduce the degradation directly caused or incurred, and restore anything that needs it.

This includes defining much larger protected areas and sustainable use areas; adopting policies that make sustainable production and consumption a widespread, mass approach; drastically limiting pollution and creating a regulatory framework that requires economies to bear their residual environmental costs. Sustainable use of ecosystems must become the general rule for humanity, effective, legally respected, and equipped with prohibitions. As with the climate, it’s a question of our relatively short-term survival.

Preserving ecosystems is possible if the in-depth changes recommended by the IPBES are integrated into the future COP15 in China.

Next year, China will host the 15th Conference of the Parties (COP15) to the Convention on Biological Diversity. At this milestone summit, new global objectives for biodiversity must be set. It is critical to secure the necessary resources, whether they are applied by governments, economic players, or local governments, and taken on by civil society. Preserving healthy ecosystems is possible if the in-depth changes recommended by the IPBES report are integrated into the COP15 in China. We must do everything we can to create a mechanism for voluntary, verifiable, aggregate national commitment, like the one that exists for the climate.

One key to getting there is ensuring that the country delegations to the COP have political negotiation mandates whose authority extends beyond environmental ministries. Unfortunately, we are severely lagging in this area, both in Europe and France and in the countries where AFD works. Citizen involvement is critical, as young people are currently demonstrating for the climate, alongside companies and local governments, which must also bear their portion of responsibility.

What solutions can AFD offer?

I hope that we will be able to take the recommendations from the IPBES report and apply them to our activities in cities, water, economy and finance, energy, and agriculture sectors, as well as in our regional approaches. This weekend’s G7 generated similar commitments to biodiversity. We devoted €450 million (3% of our activity) to biodiversity preservation in 2018, on projects including management of protected areas, protection and sustainable management of forests and oceans, and capacity building for environmental ministries in the countries. One third of this amount represents co-benefits from agroecology and water sanitation.
The aim is to better take biodiversity into account in all our activities. This means not only increasing our financial commitments, but also ensuring that projects related to our other sectors of intervention (water, cities, transportation, energy, healthcare, sports, etc.) produce co-benefits in terms of biodiversity.

Approximately €50 billion of public money goes each year to finance the global protection of biodiversity, 85% of it in rich countries and some €6 billion in official development assistance (ODA) in low-income countries. As the IPBES and OECD reports point out, however, biodiversity needs €150 to €200 billion a year. It is worth comparing this figure to the €500 billion in subsidies that harm ecosystems (for fossil fuels, intensive agriculture, unsustainable fishing) that are injected into economies each year.

It is known that the majority of financing for biodiversity will come not from public budgets, but from the private sector. This means thinking about how we can convince private investors to fund sustainable consumption and production. This is the challenge ahead for the next 10 years, and which will require global finance to get used to focusing on the long and very long term!

We must convince investors to take different risks, and persuade them to accept a return on investment that may be smaller, but carries a more positive impact on biodiversity. For AFD, the major challenge will be offering financial products that promote action in favor of biodiversity in the countries where we work. Other donors, such as the IDB, KfW and EIB, are also actively involved in this effort.

Paul Leadley (IPBES): "Biodiversity Should Be as Important an Issue as the Climate

In Mozambique, a Census From the Skies for the Defence of Elephants 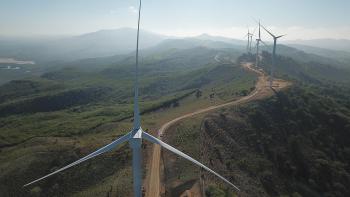