Guiana Shield: working together to better protect the Amazon Rainforest

© Didier Gentilhomme / AFD
Biodiversity
Latin AmericaSuriname French Guiana
Guiana Shield
Working together to better protect
the Amazon Rainforest
1 billion
tons of CO2 are stored by the Guiana Shield forest
17,000
hectares of forest disappeared on the Shield in 2015
3
countries are cooperating to protect the forest
France, Suriname and Guiana have launched a cooperation program which aims to better protect the natural areas of the Guiana Shield. The objective: develop data and experience sharing. An initiative which should take root.

It is one of the largest protected tropical rainforests in the world. The Guiana Shield is located to the northwest of the Amazon Forest and is home to an exceptional biodiversity. It plays a key role in the fight against climate change, by alone storing over a billion tons of CO2 in its trees and soils.

But this area does not escape deforestation and pollution: over 17,000 hectares of forest disappeared there in 2015, while several rivers have been contaminated with heavy metals, according to WWF.

At issue: illegal logging and gold mining, which are widespread in the region, but also the conversion of forests into agricultural crops, roads or reservoirs upstream from hydropower dams. And this despite the fact that a large part of this tropical rainforest is supposed to be protected.

The preservation of the Guiana Shield comes up against a major obstacle: the area is managed by 6 different countries – Colombia, Venezuela, Guyana, Suriname, France (French Guiana) and Brazil – without consultation or the exchange of good practices.

However, the situation is changing. Three countries have just launched a joint program called “RENFORESAP”, which aims to strengthen their cooperation in order to better protect the area. 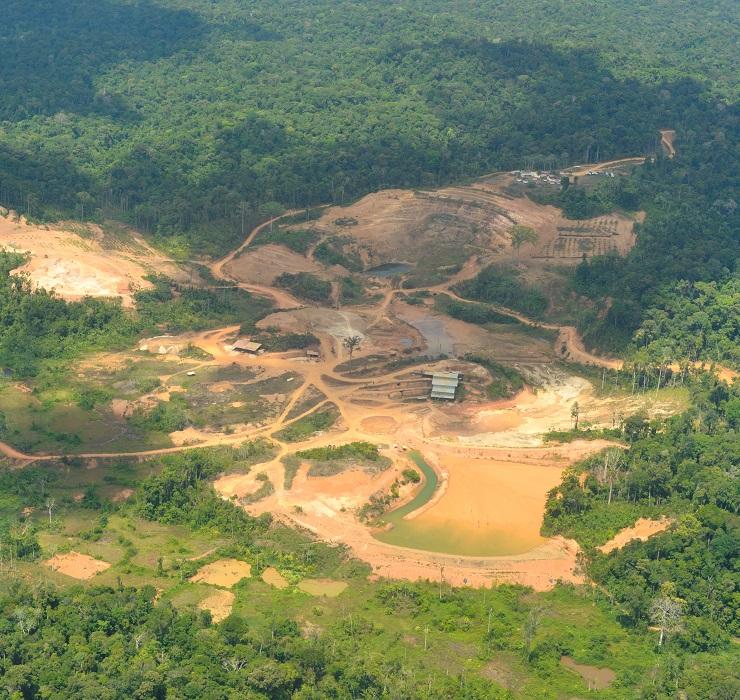 © Didier Gentilhomme / AFD
Three countries cooperating to protect the forest
In early October, the managers of protected areas from French Guiana, Suriname and Guyana met for the first time in Paramaribo (Suriname) to share their experience and scientific data, during the official launch of the program.

This cooperation, led by the Guiana Amazonian Park, will continue until 2020 via joint workshops and field visits on four thematic areas: ecotourism, sustainable natural resources management, illegal gold mining and the transmission of living cultural heritage.

“It will also allow us to take stock of what is not working, so that we can come up with solutions to the common issues of the three countries”, points out Sevahnee Pyneeandy, coordinator of the RENFORESAP project at the Guiana Amazonian Park

© Audrey Virassamy / PAG
Involving local communities
The project pays particular attention to the needs of communities living in the forest areas in question.

“The recognition and strengthening of Amerindian and Bushinengue identities have taken on particular importance for the protected areas of the Guiana Shield, with large-scale local actions combining participation and inclusive governance, active support to people who communicate traditional practices and the promotion of know-how”, points out Sevahnee Pyneeandy, coordinator of the RENFORESAP project.

© Alexandre David / AFD
Europe and AFD commit
RENFORESAP is largely financed by the European Union, via its Interreg Amazon Cooperation Programme (IACP), and is also benefiting from a EUR 20,000 AFD grant. A project central to the approach to safeguard the climate and common goods implemented by AFD for many years.