© Chiara Frisone/AFD
Agriculture and Rural Development
|
Biodiversity
Mozambique
Limpopo
Mozambique
Biodiversity and development,
a natural alliance
11,230 km2
size of Limpopo National Park
147
mammal species
27,000
people living in the park
To mark World Environment Day on June 5th, we take you to the Limpopo National Park in Mozambique. With 147 species of mammals and more than 500 bird species, this huge territory is the setting for an ambitious project linking economic development and biodiversity conservation.

They used hunted there; now, we protect. The Limpopo National Park was established in 2001 by the Government of Mozambique on the territory of an old hunting concession. This vast territory of over 11,000 km² is part of a larger transboundary park - the Great Limpopo Transfrontier Park (GLTP) that includes the Kruger National Park in South Africa and the Gonarezhou Park in Zimbabwe.

The creation of the GLTP and the partial removal of the barrier at the border between Mozambique and South Africa have facilitated the free movement of wildlife between the two parks. This made it possible to repopulate the Limpopo National Park, whose fauna was decimated by the civil war that ravaged Mozambique between 1977 and 1992. The end of the war also encouraged people to settle back in the park, leading to conflict between its new inhabitants and wild animals.

In 2007, AFD joined the German development Bank KFW, the World Bank and the South African Peace Parks Foundation to support the development plan of Limpopo National Park. AFD's EUR 11 million grant is aimed primarily at restoring and preserving the park's biodiversity while improving the daily lives of people living in the area. From this balance between economic development and nature conservation depends the sustainability of the Limpopo National Park. 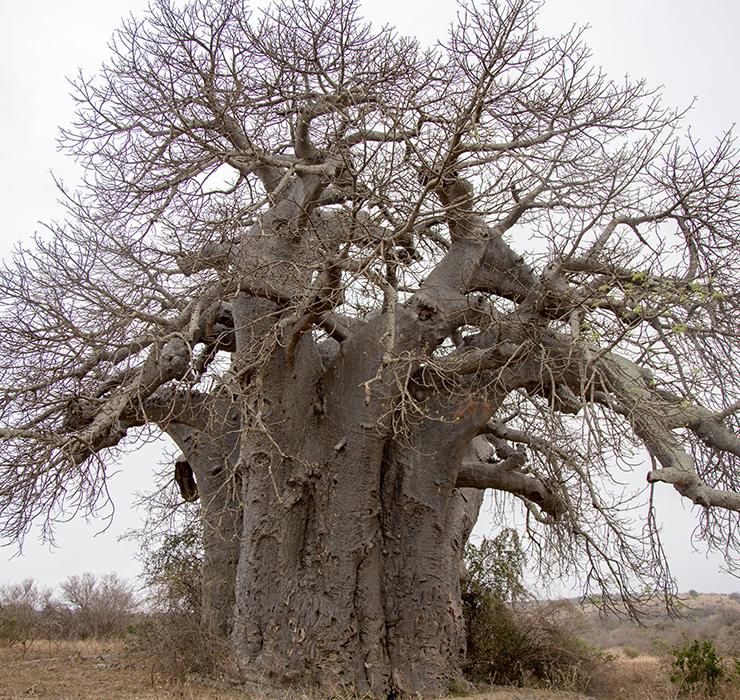 Previous Pause Next
1 of 2

©Chiara Frisone/AFD
PIETER LEITNER, A CHAMPION OF CONSERVATION
There is no better advocate for the economic and touristic potential of the Limpopo National Park, Mozambique, than conservation specialist Peter Leitner. South African by birth, Peter has spent most of his life managing wildlife parks and is now Limpopo National Park’s Project Manager. “I grew up on a farm and have memories of wide open spaces and working in the field with wildlife”, Peter remembers of his childhood spent in Namibia. Although Peter now spends most of his time managing a complex project, he takes any available opportunity to be “in the field” to accompany the Limpopo National Park Project donors on a tour. His knowledge of the wildlife, vegetation and ecosystem of the park is impressive: he can tell how animals and plants interact with one another and the role each of them plays in the environment in which they live.

AFD’s support to the Limpopo National Park is centred on harmonizing conservation objectives with the need for economic development. At the core of this approach lies fostering sustainable subsistence farming that also allows farmers to generate income by selling surplus produce in the local markets. This is the case of the 43-members strong Hluvuka Chibotane Farming Association, which benefited from a water pump and irrigation system built with AFD’s grant. This is one of 18 water irrigation systems that AFD helped build between 2010 and 2013.

As project manager, Peter has monitored closely the construction of the pump closely and can vouch for the impact these type of infrastructure projects can have on the economic viability of farming, at the same time as they help protect the park’s environment and wildlife. “When you implement these types of irrigation schemes, population growth is not going to impact the surrounding environment as much because farmers will not continuously clear more land in order to make way for new crops”, Peter says. “With conservation agriculture, farmers can stay on the same plot indefinitely and regenerate the soil regularly, which benefits the environment tremendously”.

©Chiara Frisone/AFD
CONSERVATION HAND IN HAND WITH LOCAL DEVELOPMENT
Each member of the Hluvuka Chibotane Farming Association owns a plot measuring 250 metres in length and four metres in width on which they farm traditional subsistence crops such as cassava, maize, onions, garlic, lettuce and beans. “My life has changed a lot because these crops allow us to produce a lot in a small place compare to before, when we had crops that were depended on rainfalls and our produce was irregular”, says Felicidade Joaquim Mlhaule, one of the members of the farming association. She adds that what she produces is enough to feed a family of 10 and sell the remainder at local markets or to individual buyers. “With the money I earn from selling vegetables I buy soap and other necessities for my family. I also use it to pay for my children’s school fees”, Felicidade adds proudly.

Hluvuka Chibotane Farming Association’ president, Felimão Julio Ngovene, says that the irrigation system has made a huge difference to the members’ lives: “In 2014-2015 our country was hit by a severe drought, but because we had access to water, we kept producing and selling”. He adds that “members are no longer worried about not being able to provide for their families and can now send their children to school”.

AFD contributed to build part of the 56 km-long fence that separates the park’s Core Zone from the Support Zone. By restricting access into the Core Zone, the fence supports conservation and acts as the primary barrier against human–wildlife conflict.

In order to help reach the park’s tourism ambitions of increasing annual visitors from the current 10,000 to 59,000 by 2037, AFD helped improve 350 km of roads and built self-catering accommodation (campsites, 4x4 sites and chalets) and reception areas for tourists.

Finally, AFD played an important role in developing Mozambique’s institutional framework, in conjunction with other donors involved in biodiversity interventions – through the 2014 law on protected areas, the clarification of the mechanisms for distributing the revenues from tourism generated by the park, and the setting up the National Administration of Conservation Areas (ANAC).

A LOT REMAINS TO BE DONE

A recent evaluation of the Limpopo National Park project found that although AFD contributed to preserving the ecological integrity of the park, develop tourism and build the capacity of the park’s administration, more needs to be done in order to realise the park’s ambitious plan to be fully sustainable through tourism-generated income. More tourism concessions need to be granted , the capacity of community-based organisations to manage the revenue received from tourism need to be strengthened, as well as their awareness of wildlife conservation.

The Limpopo National Park is a great example of AFD’s approach to balancing conservation objectives with the need for economic development. Ultimately, this approach will help achieve the Limpopo National Park Development Plan’s objective to preserve ecological processes within a transfrontier conservation area at the same time as contributing to the wellbeing of the population of Mozambique.