© Sameer Kermalli / AFD
Water and Sanitation
Africa Tanzania
Mwanza
Tanzania:
Cleaner Water
For Mwanza
A dilapidated drinking and waste water network represents a threat to the population and the environment. In Mwanza, on the banks of Lake Victoria in Tanzania, most of the inhabitants of the country’s second-largest city have experienced the chronic epidemics transmitted by waste water that stagnates until the rainy season, when it is washed down to the lake. Those days are over, however, thanks to a new kind of sanitary blocks.

With the Lake Victoria WATSAN project, supported by AFD, the European Investment Bank and the European Union, a network of innovative sanitary blocks has been built all over the city. The facilities are easily recognisable with their blue and white colours. Combined with a simple and innovative solution to connect them to the sewer network, Mwanza’s sanitary blocks are changing the lives of the people who live there. 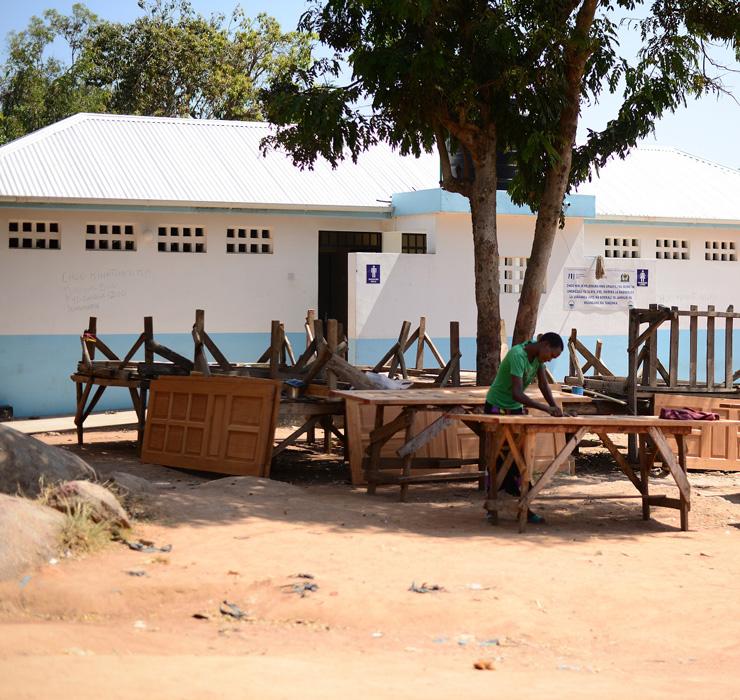 © Sameer Kermalli / AFD
ESTA NO LONGER HAS ANY EXCUSE TO MISS SCHOOL
Mlimani and Sokoine primary schools have been sharing some brand new sanitary blocks for a few months now. "The old toilets were very dirty, the floor was caving in and there was almost no water," remembers Esta, a pupil at Mlimani School. "There was disease, the older girls had permission to stay at home if necessary, and that was seriously affecting their results at school. Now with the new facilities, there's no excuse for missing school! "

© Sameer Kermalli / AFD
SAMUEL, THE CULMINATION OF A CAREER
Running water and effective disposal of wastewater are also benefiting the Nyerere clinic. Previously, a lack of hygiene was an aggravating factor for many patients, who would fall victim to infection, young children in particular. "Now," says delighted medical assistant Samuel, "the labour room has a running water point." A luxury he has hardly dared hope for as his retirement approaches.

© Sameer Kermalli / AFD
PETER'S NEWLY RECOVERED PURCHASING POWER
In the aisles of a market in the city of Mwanza, the installation of adjoining toilets is welcomed by everyone. "Before there wasn't always any water, there was virtually no pressure and the quality wasn't good," explains a regular visitor to the neighbourhood. "It's a blessing!" interjects another woman, "No more illnesses - that means we can work more and earn more money."

For Peter, a carpenter, "the distance you have to walk to the new toilets is shorter than for the old ones. That means we have more time to work and we're also ill less often: ultimately, it boosts our purchasing power." 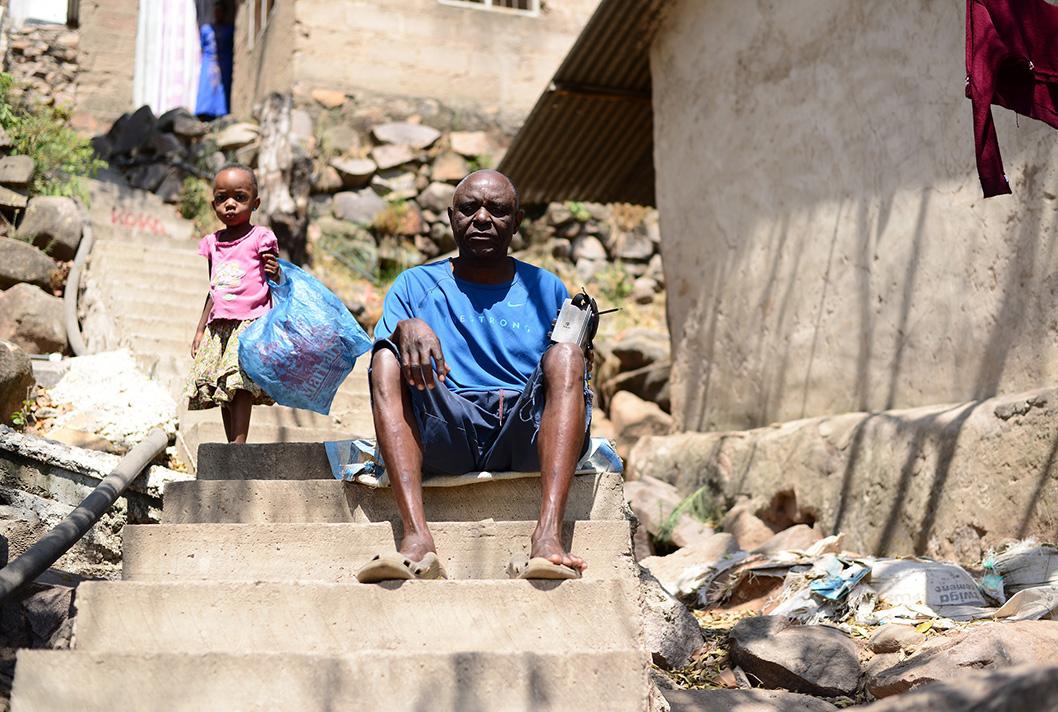 The inhabitants of the Kilima Hewa informal settlement also appreciate no longer having their streets soiled by wastewater and sewage during the raining season, which was a vector of some terrible cholera epidemics.

Today, each of the houses built on the rock against the hillside has its own simple but effective connections to the sewer and drinking water networks: flexible pipes suited to the rugged terrain have recently been installed. Blue for clean water, yellow for the drains.

The system has revolutionised life for Francis (photo opposite), a former farmer: "Now, instead of going to fetch water, I can sit in the sun and listen to the radio."