Waves for Change, the App for the New Wave

© Chiara Frisone / AFD
Fighting Inequalities
Africa
Waves for Change,
the App for the New Wave
30
coaches participate in the pilot project
1,000
children took part in sports activities the first month of launch of the W4C app (5% of the population of Bredasdorp)
100,000
euros invested in the project by AFD
How can sport help revive a languishing town? Tim Conibear, founder of the NGO Waves for Change, came up with the idea of a smartphone app that allows sport coaches to be paid immediately after completing a group activity with young people from their community. Tested initially in the town of Bredasdorp, South Africa, the app is funded by AFD.

As South Africa celebrates the 25th anniversary of its first democratic elections, the rainbow nation dreamed of by Nelson Mandela is still struggling to accept its differences. Black and mixed-race South Africans are still facing discrimination. The town of Bredasdorp, in the southwest part of the country, is an example of the divisions inherited from Apartheid.  Until six years ago, a concrete wall separated those living in disadvantaged neighborhoods – 85% of the town’s residents and mostly black – from those living in affluent and mostly white neighborhoods.

In Bredasdorp, young people struggle to find work. The unemployment rate among 15-35 year olds is 20%. Nearly 22% of 15-17 year olds are in forced labour. The town is also plagued by drug and alcohol abuse, high numbers of teenage pregnancies and 30% high school absenteeism.  Under these conditions, it is difficult to remain motivated and to think about the future.

This is why AFD and Waves for Change have chosen Bredasdorp as the site for launching the pilot project of the mobile application. 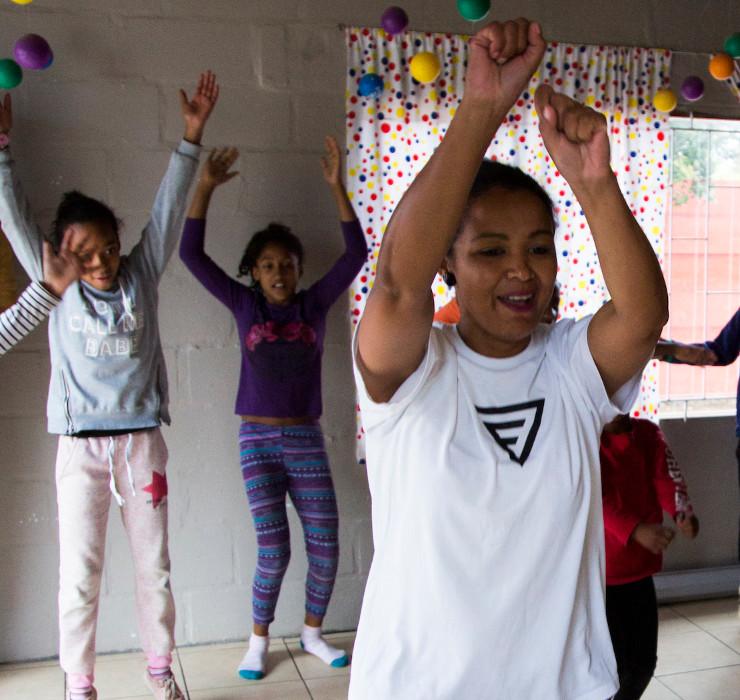 "Let's live together, become stronger"
When he arrived in South Africa, fresh from his native England, Tim Conibear recalls being shocked to never see black South Africans at the beach. And that pushed him into action. In 2011, he founded his NGO Waves for Change with the objective of bringing young people from disadvantaged neighborhoods to surfing. Since then, thousands of children have taken the wave of change.

Tim has a lot of ideas. He devised a mobile application to pay people who run sports sessions for children in their communities. "For many years, there have been many people in the townships who wanted to volunteer to help develop their communities through sport. So, why not offer them to be paid for this? That's where the idea of application came from. "

He believes that the values of sport is key to reduce violence and strengthen social cohesion. "Having someone you can confide in, whether at home or at school, allows you to externalize stress when everything goes wrong. For young educators, receiving a salary allows them to become really committed to their communities while being financially independent".

The basic idea of the Waves for Change application is to eliminate all intermediaries between donors and beneficiaries. "AFD, which finances this pilot project, knows that each euro invested ends up in the pocket of coaches on the ground. There is no money lost along the way, as it is too often the case in development projects.
Tim Conibear likes to summarize the concept of his mobile application with these few words: "Let's live together, get stronger".

"I'm proud I can help my parents pay the rent"
After graduating in human resources, Bianca remained unemployed for two years. She thought of leaving her hometown of Bredasdorp to search for work. But moving to Cape Town without a job offer was too risky and too expensive. So she gave up.

It was while reading an advertisement published in the local newspaper that Bianca heard about the Waves for Change app: "The announcement said that young people between 18 and 35 years old with a CV and a clean criminal record could apply to become coaches. I did not hesitate a moment and I applied,” she recalls. A week later, Bianca received a positive response. She is now one of 30 coaches participating in the Waves for Change mobile appl pilot project in Bredasdorp.

Since then, her life has changed. Five times a week, she runs soccer training sessions for 12 children from her neighborhood. She receives R 7 (€ 0.50) per child per session, an average of R 400 (€ 25) per week.

"You cannot imagine all that I can do with this money. For the first time in my life, I can help my parents pay the rent. I hired a minibus to bring the children to the beach. I even organized a barbecue to help them get to know each other better.

Bianca has always wanted to play football, but there has never been a women's team in her hometown. "My dream is to create the first women's football team in Bredasdorp with the Waves for Change app."

Luke, age 11: "I receive hope and love every day"
At just 11 year old, Luke has a clear perspective of the reality around him. "Here in Bredasdorp, there are not many children who have the opportunity to play football with a coach who looks after us”.

Luke’s words play out in a nearby field, where dozens of teenagers wander aimlessly. "There’s not much for us to do once school is over. We are left on our own, so we spend our time hanging out in the streets,” Luke adds.

But since the launch of the Waves for Change application one month ago, Luke and his friends are no longer hanging around in the streets of Bredasdorp. Every day, at 5pm, coach Bianca is ready to start her football session and not one child is late.

At the end of the training, Luke confides, "Here, I receive hope and love every day. I can share my feelings and emotions with my coach. She sees right away when I'm not doing very well. And it helps me calm down when I'm angry. "
University of Cape Town researchers partner with AFD

The Waves for Change application pilot project is being evaluated by Lauren October.  At 27, this researcher from the University of Cape Town specializes in security initiatives and violence reduction. She was born and raised in Bredasdorp. At first, she sets the scene: "I am now a researcher in a large university in the country, but I can tell you that when you spend your childhood in Bredasdorp, it is not easy to get to higher education ".

Lauren is in charge of evaluating the impact of the Waves for change application in Bredasdorp. "When we advertised in the local newspaper that we were recruiting 30 coaches, I received 70 calls in the first day," she says.  Such enthusiastic response is understandable in economically and socially deprived areas like Bredasdorp.

"Given this situation, we immediately understood how the effects of the W4C application could be positive for both coaches and participants. It just gives them a reason to do something. "

The impact of the Waves for Change application is evaluated against two criteria: the self-confidence of the coaches and their financial independence. "If an unemployed person manages to earn a regular sum for a few months by organizing sports classes through the app, it will have an immediate impact on their mood and buying power. The whole question is to see whether this application will also allow its users to have more confidence in themselves and to engage even more with their communities".

Just one month after the mobile application launch, nearly 1,000 people have already participated in a sports activity provided by Waves for Change coaches! That is 5% of the population of Bredasdorp.

Waves for Change, the application of transparency

The Waves for Change app wants to shake up the norms established by most NGOs and development agencies. How? By eliminating all intermediaries between funder and recipient.

"Donors want to make sure every cent will directly benefit the cause which they are funding. With this application, there is no money lost on the way, as is too often the case, "says Tim Conibear. 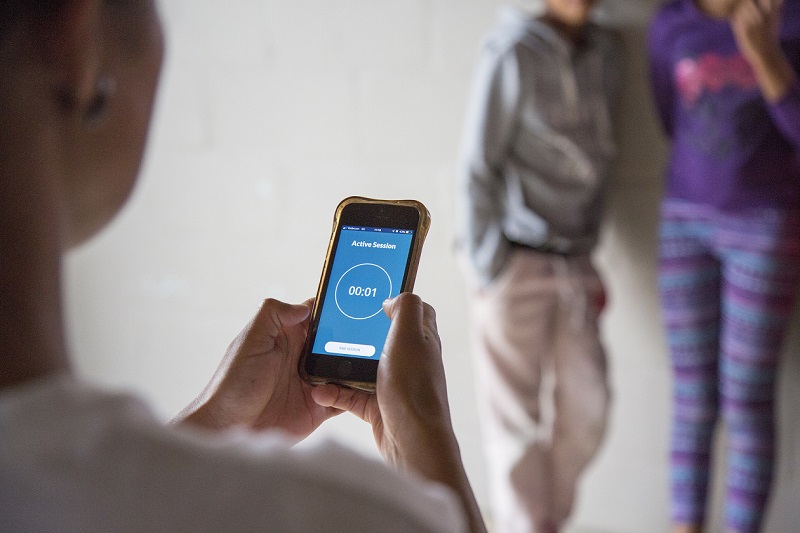 By financially supporting the Waves for Change application pilot project, AFD is breaking new ground. The Agency is supporting the project’s proof of concept: once its real impact is proven, additional funding might be considered for the project to be rolled out to more towns in South Africa.