© Chloé Richez / Flickr (CC BY-NC-ND 2.0)
Faced with increasingly competitive world tourism, the islands of the Indian Ocean are joining forces to become a common destination. The idea is to create a joint marketing banner, economies of scale and an inter-island travel offer based on ecotourism. The initiative is led by the association of the Vanilla Islands, in collaboration with the Union of Chambers of Commerce of the Indian Ocean Islands.

Reunion, Mauritius, the Seychelles, Mayotte, the Comoros and Madagascar have taken a bold step: they have come together to develop their common tourist potential. Rather than competing with each other, these islands in the south-west Indian Ocean have opted for a partnership approach in order to improve the region's visibility. An ambitious strategy that they hope will raise their profile in a highly competitive sector.

Thus was born in 2011 the concept of the “Vanilla Islands”, under the aegis of the Union of Chambers of Commerce of the Indian Ocean Islands (UCCIOI), an entity supported by AFD to the tune of €400,000, which brings together the Chambers of Commerce and Industry (CCIs) of the six island groups of the region. In 2012, the Vanilla Islands Association was born. Consisting of the official tourist authorities of Mauritius, Reunion, Madagascar, Mayotte, Comoros and Seychelles, it is responsible for the creation and promotion of combined inter-island tourism.

A new offer that is 100% Indian Ocean

The idea is original yet simple: to enable tourists to visit at least two of these islands during the same stay, Reunion plus Mauritius, Madagascar plus the Seychelles, Mayotte plus the Comoros, etc. With this concept, a whole regional tourist offer was born, with inter-island circuits, simplified entry formalities and more regular air connections. Through this project, tourism professionals intend to fully exploit the multiple attractions of the region on both the national and international scale. By pooling the resources and specific features of each of the islands, they were able to launch an authentic “Indian Ocean” label, giving pride of place to responsible and sustainable tourism: ecotourism.

Ecotourism as the driving force

There are plans for 31 ecotourism circuits across the Vanilla Islands. Visitors can fully enjoy the exceptional biodiversity of the different territories, as well as their cultural and historical heritage, with circuits that fully exploit their complementarity.
Ecotourism is one of the promising sectors targeted by the Indian Ocean Trade Capacity Building Program (PRCC-OI), financed entirely by AFD to the tune of €2.4 million, over a period of three years. First set up in 2015, this program supports the strengthening of the UCCIOI and assists companies with interregional economic partnership projects in the Indian Ocean and with their strategy to play a full role in regional and international trade. The UCCIOI represents the region’s private sector thanks to stronger links between the Chambers of the different islands.

The Vanilla Islands capitalize on pre-existing tourist offers and propose a new way of developing them. To do this, it was first necessary to conduct a review of the existing ecotourism services; 470 were identified. Eleven regional travel agencies were then selected to promote the “Vanilla Islands destination” to professionals in the sector.

To launch the program, an unprecedented operation took place on 24 May on Reunion: for eight days, more than 30 tour operators, divided into six groups, tested a trip combining all six islands. The partner travel agencies also presented their 470 tourist products, 70 of which are located on Reunion Island and 200 on Madagascar.

The International Tourism Fair, organized at the end of May in Antananarivo, the capital of Madagascar, also gave a boost to the concept with dedicated workshops and commercial agreements concluded with tour operators.

The next few weeks are going to be pretty busy : the launch of “inter-island packages”, with the first tourists expected in September 2018. In parallel, the Top Résa exhibition, which takes place in Paris the same month, will provide a first testing ground for this new tourist offer. The travel agencies hope to sell 26 combined inter-island packages to European operators. Before then, an online platform for the promotion and marketing of the circuits should be launched shortly. 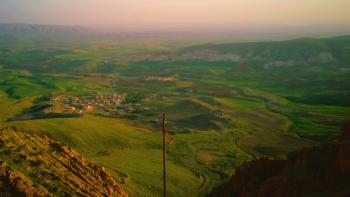 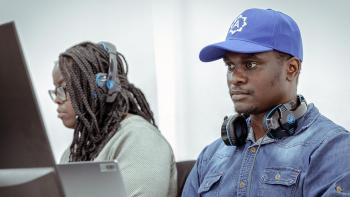