In Laos, an Exemplary Hydroelectric Dam

Energy
Eurasia and Beyond Laos

© NTPC
Eight years after the Nam Theun 2 hydroelectric dam came into service in Laos, a panel of independent experts has concluded that the conditions in which the displaced populations were resettled were satisfactory. This is a positive outcome for project that sought to be exemplary.

Regardless of the country in which such a project takes shape, the building of a mega-dam remains a huge technical, social, and ecological challenge in our day. We had a cruel reminder of this in late July, when a dam under construction in Laos collapsed, causing the flooding of several villages and the deaths of dozens of people. This accident led the Laotian government to freeze validation of any new hydroelectric projects.

But there’s one dam in Laos that has managed to get things right: the Nam Theun 2 dam, on the Nam Theun River, a tributary of the Mekong River, in the center of the country. In a study eight years after the dam came into operation (in 2010), the panel of independent experts in charge of evaluating the resettlement conditions of the displaced populations and the dam’s impacts on the environment concluded that the objectives set at project launch had been achieved.

As Matthieu Bommier, Head of the AFD’s agency in Vientiane, Laos, was able to report with pleasure, “This hydroelectric project embodied the ambition of international financial institutions to develop large-scale hydroelectricity in a sustainable way, and it kept its promises!”.

Nam Theun 2 is the most ambitious project in Laos to date in the hydroelectricity sector—a sector that represents a significant proportion of the income of this landlocked country, where 70% of electricity produced is exported. This project was initiated in 1998 and was supported by AFD and its subsidiary Proparco, and by other international development actors such as the World Bank, which wished to make it an exemplary project.

Twenty years later, we can say in more ways than one that this 436m-long and 39m-high dam has practically achieved its ambition. With an annual production capacity of 6,000 gigawatt hours of electricity, of which nearly 95% is exported to Thailand, Nam Theun 2 is bearing fruit economically: $250 million in income has already been generated for the Laotian Treasury, and an extra $1.75 billion is expected by 2035.

In accordance with the commitment made by the Laotian government to the international financial institutions, 100% of the income generated by the dam is used for priority social programs.

Matthieu Bommier, Head of the AFD’s agency in Vientiane

A higher level of income for the local population

With regard to the social ramifications of the dam, the recent opinion by the panel of independent international experts has validated years of efforts made by the various project stakeholders. These include the Nam Theun 2 Power Company (NTPC), which was formed by the project’s private stockholders (including EDF and EGCO) and the Laotian government, with support from international donors such as AFD. It should be noted that NTPC devoted a significant share of the project budget to ensure a sustainable level of income for the 6,289 people displaced from the Nakai Plateau, where a 450-km² reservoir has since been created.

“The population displacement was carried out in exemplary fashion. The NTPC’s commitments in its concession agreement were especially ambitious, but in the end they were met. Today, all the households are living above the poverty line. And the median income is even three times this threshold,” reports Matthieu Bommier.

But success had not always seemed obvious. In late 2015, 10 years after the start of major work, the panel of experts considered that the living conditions of the displaced populations had improved but that their sustainability was not ensured. It therefore urged the government to extend the follow-up of the population resettlement by two years.

And this is what was done. One outcome of this decision was the establishment in December 2017 of the program to support livestock raising, agriculture, and fishing on the Nakai Plateau. With cofinancing by AFD and NTPC (at €1.5 million each), it will help improve the economic prospects of the inhabitants over the long term.

Related article:  Laos: AFD works to help the people of the Nakai Plateau (in French)

In addition, several impact studies were carried out before and after the dam construction, in order to evaluate its impact on the local ecosystems. One of these studies, led by experts from EDF and NTPC, examined two species of fish in three distinct water systems (upstream river, transition zone, reservoir). It concluded that there were no major changes in the sizes of these fish. Even better, the findings stated that the flooding of the forest upstream from the dam was seen to be beneficial to the fish by providing them more sources of nutrition.

New protected wetlands were also created to act as homes for land species (Asian elephants and turtles) driven out by the project. “A total of 490 individual animals belonging to four species of freshwater turtles and three land species were collected and put in different selected habitats located above the highest level of the reservoir,” states another study. Patrolling has also been set up to prevent poaching and to provide awareness-raising for the local population.

Nam Theun 2 is now “a good model” to follow, judged the Laotian prime minister in early September. This shows that, more than just not harming, these projects can contribute actively to local development, with as limited an impact as possible on the environment.

Video: The Mekong: the challenges of common management 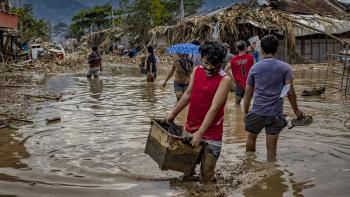 Climate Change: 5 Actions to Turn the Tide in the next 3 Years 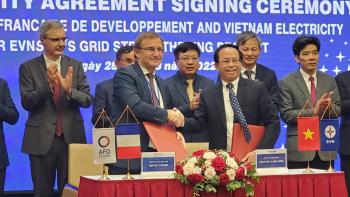