Madagascar: The Extraordinary Feat of Access to Land for All

Beneficiaries of the reform with their property certificates (Ambohitromby, Madagascar) © Claire-Isabelle Rousseau/AFD
The Malagasy certification system, inherited from the colonial period, has resulted in deep-rooted land tenure insecurity. It is also a real impediment to development in a country where 80% of the population relies on agriculture for its resources. More flexible and regionally based, the new property management regime launched in 2005 is banking on local connections with residents.

Madagascar’s history reflects a paradox: although the island is rich in land and resources, with 80% of its population making a living from farming, it struggles to provide food security for its inhabitants. The situation has deteriorated with the political crisis the country experienced between 2009 and 2013, which severely worsened poverty levels within the population. The hardest hit regions included Analamanga and Itasy, which are home to the largest number of poor, rural households in Madagascar.

In these dominantly agricultural areas, land tenure insecurity is one of the recurring problems that hampers development. The division of cultivable land into micro-plots, slow process of and struggle to obtain a title, and lack of access to property certificates continue to represent a considerable hindrance on investments in those regions.

To explain this structural insecurity, we need to look to the island’s colonial past, from which much of its property architecture still derives. The law, which was established to secure the colonists’ estates, enshrined an individual approach to land tenure security, protected by a property deed and managed by the central administration without regard to the pre-existing customary rights.

15 years of agroecology in Madagascar: a win-win formula

Although the island declared independence in 1960, this system had remained unchanged until recently. Faced with a flood of requests, the land authorities were overwhelmed, resulting in delayed processing of extensions.

Meanwhile, the customary systems for land access continued to be superimposed on the written law, creating legal blurry areas as to the ownership of some land. Finally, there was a growing gap between the old statutes created during colonization and the actual occupants of farming plots: some land still had titles in the name of former colonists, former colonies and indigenous reserves were held by the State (under a public domain principle that was never abolished), land registry areas were incomplete, etc. As a result of these many problems, the number of land disputes skyrocketed.

Against this difficult backdrop, in 2005 the government of Madagascar launched a massive reform aimed at decentralizing land management and legally recognizing the property rights of “de facto” occupants. The stated objective was to “meet the massive demand for land tenure security, in a timely manner and at a cost appropriate to the economic context, by formalizing unwritten laws and upholding written laws.” The Malagasy government expected to secure 500,000 plots with this approach.

The primary innovation of the reform consists of developing a network of administrative structures managed at the local level—communal land offices, or guichets fonciers communaux—to assign property certificates instead of the central administration.

After a slow start, partly due to the successive political crises that rocked the island, the system is now beginning to bear fruit. More than 31,000 property certificates were already delivered in 2018 as part of the project to support the reform and land tenure security (ARSF), which was implemented with support from Agence Française de Développement (AFD) and the European Union. A further 60,000 pending requests for property certificates should be resolved by early 2019.

“ This interest can be explained by the more affordable property certificates: €10 for a certificate versus €370 for a deed, and a processing time of 6 months instead of 6 years,” explains Claire-Isabelle Rousseau, Rural Development and Fishing project manager for AFD in Madagascar. Another factor in this success has been prioritizing a collective approach.

Through this process, towns have received general contracting support on various works projects through the Local Development Fund(FDL) set up by Madagascar to cover the construction or renovation of land offices, acquisitions of equipment, etc.For their part, the mayors of beneficiary towns have formed a collective to share their experiences and opinions. Finally, residents were also made stakeholders in the certification process via the creation of “Local reconnaissance committees.”

“This organization stimulated demand and generated some valuable economies of scale, for example by limiting the number of Committee meetings,” commented Rousseau. “It has also been saluted by the property administration for its effectiveness, and is expected to be included as part of new land tenure projects.”

While land restitution continues to be a challenge for the entire continent, many West African countries, such as Benin and Niger, have also opted for decentralized management of rural land, with the same stated objective of eliminating the legal dualism inherited from the colonial period. 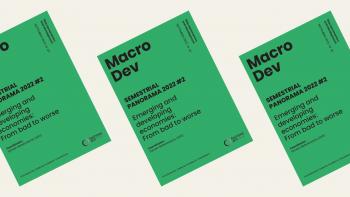 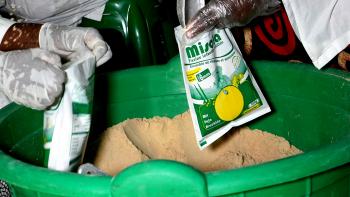 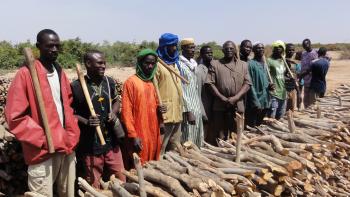