Marine Protected Areas in the Mediterranean: AFD Contributes To the Medfund Environmental Fund

© SofieLayla Thal / Pixabay
The marine and coastal ecosystems of the Mediterranean are under considerable anthropic pressure. AFD is participating in the effort to remedy this situation with a €4 million grant to a trust fund dedicated to strengthening protected marine areas.

A funding agreement was signed on 25 July at the Oceanographic Museum of Monaco. Agence Française de Développement (AFD) will be contributing €4 million to the fund's capital.

Created at the initiative of Tunisia, Monaco and France, The MedFund is an environmental trust fund: the capital is invested on the financial markets in line with a responsible investment strategy and the interest generated is used to fund activities in the Marine Protected Areas (MPAs) of the Mediterranean.

A sea under threat

The Mediterranean Sea is one of thirty-five "hot spots" identified by the NGO Conservation International, one where almost 10% of the world's marine biodiversity is concentrated in less than 1% of the ocean surface, with a high rate of endemism.

Not only is the Mediterranean the world's leading tourist destination with 30% of international tourism, the maritime façade of the countries bordering the Mediterranean is also subject to high levels of demographic concentration and economic development that are causing pollution and placing extreme pressure on maritime and coastal ecosystems.

In addition, climate change could lead to substantial disruption to the sea and coastline with major impacts on ecosystems and the related human activities.

Marine protected areas help to oversee human activities and define rules for usages such as limits on fishing catches and visitor numbers.

They are a useful and effective tool for protecting marine ecosystems, providing benefits in terms of protection of biodiversity, sustainable management of natural resources and environmental services.

There are currently 1,200 MPAs and Other Effective area-based Conservation Measures (OECMs) in the Mediterranean, covering approximately 180,000 km², or 7.14% of its surface.

Nevertheless, the effectiveness of Mediterranean MPAs is generally poor due to a lack of sustainable resources to fund recurrent management costs (costs of staffing, equipment, maintenance) and the costs of scientific monitoring, surveillance, awareness raising and good governance.

The main objective of AFD's contribution to the capital of The MedFund is therefore to contribute to the sustainability and effectiveness of the MPAs of the Mediterranean countries eligible for official development assistance (ODA) by providing permanent funding, mainly for activities that currently receive little or no funding and which are line with the implementation of their management plan.

Accordingly, some twenty marine protected areas in Tunisia, Morocco, Albania, Algeria, Montenegro, Lebanon and Turkey will receive support over the coming years with their efforts to preserve marine ecosystems.

In line with its commitment in favor of the climate, AFD's contribution means that that the actions taken will facilitate the adaptation of ecosystems and communities to the effects of climate change and, in some cases, increase carbon sequestration (by protecting Posidonia meadows, for example).

The AFD group is increasing its activities in favor of the preservation of biodiversity. Over the period 2013-2017, the average amount of its funding commitments in this area amounted to €252 million a year. In 2018, it reached €446 million. 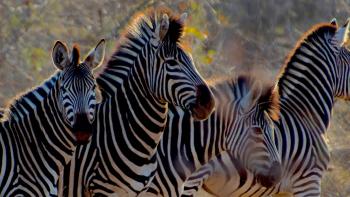