© wili_hybrid / Flickr
The Mobilize Your City Initiative, which promotes sustainable forms of urban mobility in developing countries, highlighted its latest successes in Cameroon in September.

Launched at COP21 in Paris in 2015 and supported by France, Germany and the European Union, this initiative is more active than ever.

It brings together 100 cities across 20 countries to achieve the objective of promoting sustainable forms of mobility in cities around the world. Alternative modes of transport reduce greenhouse gas emissions and pollutants and thereby contribute to Sustainable Development Goal (SDG) n° 11: Making cities and human settlements inclusive, safe, resilient and sustainable.

From 17 to 19 September, sustainable transportation experts and enthusiasts took stock of developments in the sector at the 3rd Mobilize Your City conference in Cameroon. The cities of Yaoundé and Douala presented their Sustainable Urban Mobility Plans.

In the coming years, they are going to develop infrastructure that promotes walking, such as widened sidewalks, more and safer pedestrian crossings, and areas that are pedestrianized at weekends.

“This may seem a bit like stating the obvious in some places, which gave up being car-centered a long time ago, but it’s not yet the norm in Cameroonian cities”, says Benjamin Fouin, project officer at Agence Française de Développement (AFD). “But things are changing and Douala is already organizing its 2nd car-free day in November.”

Among the projects being considered are separate, rapid bus lanes with stations that are well sheltered from the elements, and where passengers remain comfortable and dry even in tropical rain. Douala, for its part, also wants to promote alternative modes of transport, such as river shuttle boats to cross the River Wouri, which would take some of the pressure off nearby roads.

Action will also be taken to regulate independent transport. Stations and parking spaces will be set aside for motorcycle taxis, taxis and minibuses, as well as training centers for drivers. Restricting independent transport in certain neighborhoods is one of the options being considered.

The conference also gave stakeholders the opportunity to discuss the dynamic planning approach promoted by Mobilize Your City. “It’s an approach based on continuous data collection (traffic, GHG emissions, land use) and on appropriate and effective governance instruments,” says Benjamin Fouin.”
“This allows the strategy to be regularly redirected to adapt it to changes in the situation in a context of rapid urbanization that is difficult to control.”

It is not the same as a conventional planning approach, which conducts a diagnostic at a given point in time and lays out a rigid roadmap for the coming years.

AFD is supporting the Mobilize Your City partnership with €20.5 million, including €12 million delegated by the European Union and €2 million by the French Facility for Global Environment (FFEM).

AFD Group 2019-2020 Annual Results AFD’s Atlas of Africa: Viewing the Continent from a New Angle Creating a “Lynk” between Workers & Clients: One of the Biggest Digital Platforms in Africa Reconciling energy transition and economic development in Cambodia: the 2050 Facility mobilized 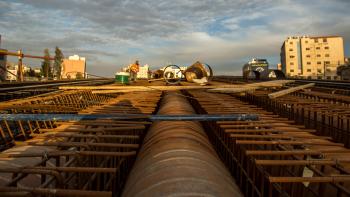 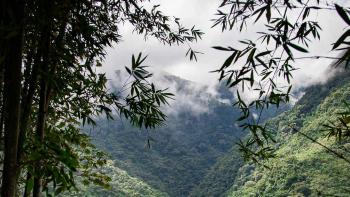 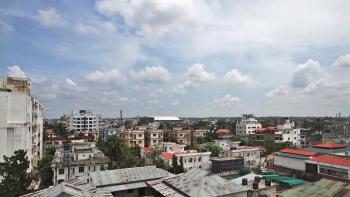