© ANAC
At the meeting of CITES on National Ivory Action Plans in Maputo, from 1 to 4 May 2018, Carlos Lopes Pereira, Head of the Protection and Monitoring Department at ANAC, the institution in charge of managing protected areas in Mozambique, took stock of poaching and ivory trade in the country.

Do elephant poaching and illegal ivory trade in Africa continue to be a cause for concern?

Africa had 1.3 million elephants in 1970. There are now only about 415,000 and their number is continuing to decline… We have been seeing a decline in illegal ivory trade for five years now, but poaching does, however, remain high in certain countries and in particular in Mozambique.

What is the objective of the CITES meeting on National Ivory Action Plans, which is being held in Maputo from 1 to 4 May?

The meeting is gathering representatives from 22 African and Asian countries concerned by illegal ivory trade (source, transit and/or final destination countries for ivory), as well as NGOs and donors. It aims to assess the level of implementation of the National Ivory Action Plans (NIAP) of the countries represented. It also allows us to exchange good practices and discuss the common challenges which need to be addressed by the various countries to effectively combat poaching and illegal ivory trade.

What are the challenges facing Mozambique?

Mozambique is a country with a high level of poaching and illegal ivory trade, but it has taken strong measures to combat them, such as training for guards in protected areas, strengthening the role of the police and awareness-raising for the authorities in ports and airports in order to facilitate the seizure of ivory before it leaves for Asia.

Mozambique has also strengthened cooperation between the judicial system and the National Administration of Conservation Areas (ANAC), the authority responsible for managing Mozambique’s protected areas, whose role in investigations related to illegal ivory trade has been recognized by the law since 2017. In this context, ANAC and the customs services have built up a strong relationship, which has allowed the seizure of several tons of ivory in recent months.

For example, on 12 April this year, 3.5 tons of ivory from about 434 elephants were seized in the Port of Maputo. This ivory was about to leave for Cambodia. It is one of the biggest ever seizures of ivory.

What does the work of ANAC’s Protection and Monitoring Department involve?

Our main role is to supervise the anti-poaching activities of the various units located all over the country, identify the shortcomings and remedy them. We also operate in the context of specific operations based on intelligence, in partnership with the environmental police, investigation police and prosecutors.

Our biggest success to date was the arrest in July 2017 in the Niassa National Reserve of a pillar of international poaching, mainly operating in Tanzania and Mozambique, after four years of investigation and prosecution. This arrest was made possible by the dedication of the teams involved, as well as the extremely good coordination between the country’s various authorities with the Tanzanian authorities!

In the context of the Protected Areas and Elephant Preservation (APEM) project, AFD is contributing to strengthening the capacities to combat poaching of the country’s two largest protected areas (Limpopo National Park and Niassa National Reserve), in particular via training for guards, the procurement of equipment, and infrastructure development. AFD is also supporting ANAC’s Protection and Monitoring Department at central level. 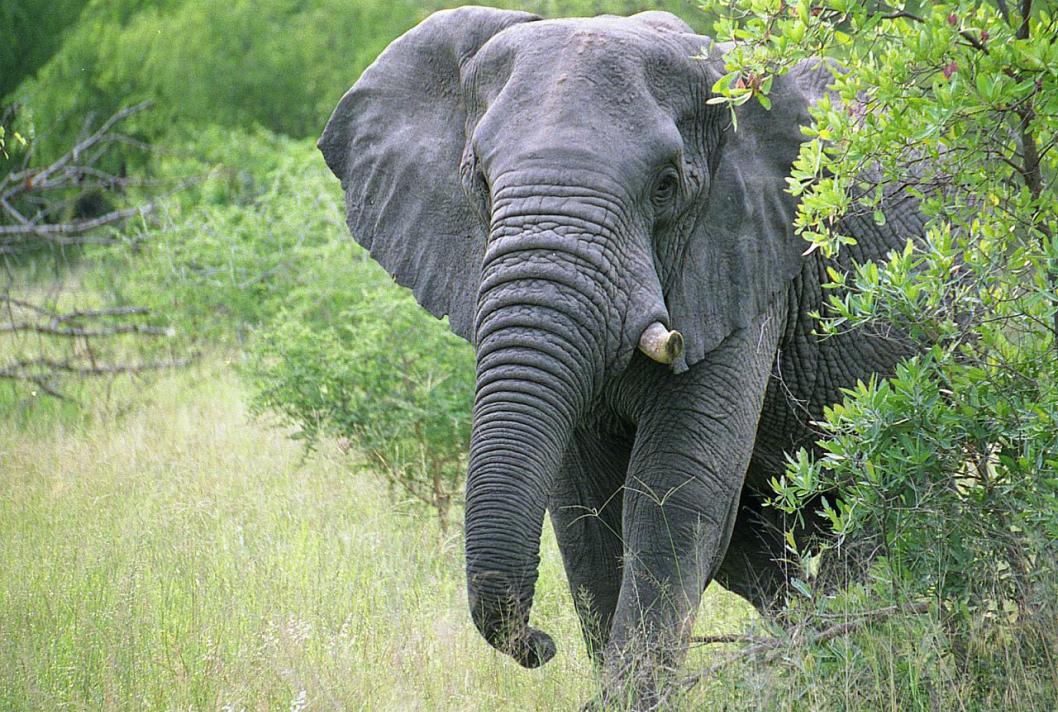 AFD is financing it via a EUR 6m grant. The Republic of Mozambique has reallocated this amount to ANAC and BIOFUND, the trust fund dedicated to financing Mozambique’s protected areas, which are the two project contracting authorities. The project partners are the NGOs Peace Parks Foundation, which jointly manages Limpopo National Park, and WCS, which jointly manages the Niassa National Reserve.

The project, which started in May 2017, will reach completion in 2021. One of the next key stages is the conducting of the national elephant census between August and October 2018. The objective? Have an objective assessment of the situation of elephants in Mozambique and analyze the effectiveness of the Government’s anti-poaching efforts.