In Nigeria, AFD and the NBA Are Backing Basketball to Develop Social Cohesion

© Didier Gentilhomme / AFD
During Emmanuel Macron's visit to Nigeria on 3 and 4 July, AFD formalized a partnership with the famous American basketball league to promote social cohesion and education through the second most widely-practised sport in the world.

They may not wear the same jersey but they share the same ambition: to use sport as a development tool in Africa. On 4 July in Lagos (Nigeria), in the presence of the French President Emmanuel Macron, AFD and the US National Basketball Association (NBA) signed a partnership to develop basketball in Nigeria, as well as in Côte d'Ivoire, Senegal, Morocco and South Africa. AFD and the NBA will invest in the creation of infrastructure, the provision of equipment and the organization of basketball training sessions in these countries, in particular by supporting African former NBA basketball players in the creation of training centres in their countries of origin.

The two partners intend to combine sport with educational activities to raise young people's awareness of sustainable development, education, health, citizenship, gender equality and entrepreneurship. The objective is to promote social cohesion through basketball. Sport is vital for children’s stability: it teaches tolerance, team spirit and respect, as well as the value of effort, while building confidence and providing a way of remaining fit and healthy. All these are building blocks for social relationships (read our article Development: sport comes into play).

We look forward to working with AFD to step up our efforts in Africa and identify new opportunities to harness the transformative ability of basketball to empower youth across the continent.

The sports industry in Africa

During a meeting organized last year at AFD headquarters, Amadou Gallo, together with other actors from the world of sport and NGOs, presented the idea of “creating a fully-fledged sports industry” in Africa, so that such development programs would ultimately no longer be necessary. In the meantime, AFD has been working for several years to involve private-sector actors in the development of a dynamic sports sector in countries across the continent.

AFD and the NBA have both been involved in Africa for many years. The NBA Cares program has created 77 centers on the continent for children and their families to play basketball. As a result of the “Basketball without borders” event, which has already been held 15 times in Africa, nine participants have been recruited by NBA teams.

Among the former top athletes born in Nigeria is the legendary Hakeem Olajuwon, who played 18 seasons in the NBA between 1984 and 2002 and has two championship titles to his name. “The Dream” (as he is known) surely wouldn’t deny it: sport can take you a very long way. 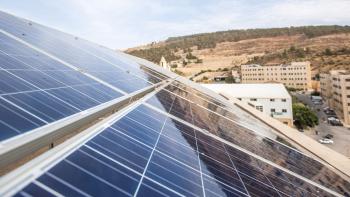 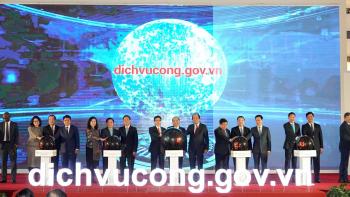