The Night of Ideas Builds Connections

Right to left: Cécile Duflot (Oxfam France), Daniel Cohen (ENS), Alice Evans (King’s College London) © Alain Goulard / AFD
What can we do at our level to create a world that is more just and sustainable? This reflection was at the heart of the Night of Ideas organized by the Agence Française de Développement on 31 January at the Maison des Métallos in Paris. Here’s a look at this evening that combined artistic performances, discussions and film screenings to explore possible solutions.

“How can we rebuild connections that set us free and open us up to others?” This question from Laurence Breton-Moyet, Director of Strategy, Partnerships and Communication for the Agence Française de Développement (AFD) opened the Night of Ideas dedicated to solidarity on 31 January 2019 at the Maison des Métallos in Paris.

In response to the widening inequalities dividing society, international artists, humanist thinkers and leaders of citizen and community organizations were invited to explore possible solutions for rebuilding connections. This issue is inseparable from another major challenge of our time: global warming.

“There will be a tremendous need for social cohesion if we are to face the environmental challenges of the future,” explains Laurence Breton-Moyet. “[…] Climate change tests the social ties between generations and we must rebuild these connections to combat global warming effectively. To face this challenge, both here and throughout the world, we must think beyond our own borders as we consider the problems and seek solutions.”

Opening up to others to rebuild social connections: the evening began with this theme with a short film Maiden produced by Fatemeh Saeedi and Saeed Aghakhani, winner of the Best Screenplay award at the 2018 Mobile Film Festival. The film lets viewers witness the nightmare of a young girl’s forced marriage in Iran. Since the fight for human rights has no borders, for the past fourteen years, the Mobile Film Festival has sought to use images to create connections between countries.

Mobile phone videos are the mandatory medium of choice and film-makers must deliver their message in no more than one minute! A few of the winning films shown during the evening challenge audiences with themes of violence against women and children’s rights.

Connections not limited to the present

While these powerful and often difficult films remind us of the urgent need to fight for human rights, the issue of social connections is not always linked to the present. Émilie Gaillard offered this reminder. Émilie is a Lecturer in Law at Science Po Rennes, the Co-Director of the Risk Centre of the Caen Social Sciences Research House (MRSH) and a specialist in “the rights of future generations.”

This legal and humanist Utopia that has emerged in the wake of ethical thinking by German philosopher Hans Jonas starts with a valuable realization: our present actions are endangering future generations. Once this observation has been made, how can we grant legal value to the protection of the future? Émilie Gaillard explains that this link can only be created by establishing the concept of “transgenerational damage”.

The researcher reminds us that in 1993, lawyer Antonio Oposo paved the way for this concept when he filed the first lawsuit on behalf of future generations. He made history by winning a historic case aimed at reducing massive deforestation in the Philippines. “Since then, a groundswell of international support has emerged in this area,” says Émilie Gaillard.
The researcher was also a member of the International Monsanto Tribunal in 2016 that brought together farmers, scientists and activists from around the world to denounce the agri-food multinational for crimes against humanity, the environment and ecocide.

While the scope of this tribunal is currently only symbolic, there is one thing Émilie Gaillard is sure of: modern law is on the brink of a true Copernican revolution. Not only will this include a recognition of the rights of “future generations”, but also those of our ecosystem: “Throughout the world, natural elements have been recognized as legal entities: organizations are now representing mountains and rivers and taking action on their behalf. We must reconnect with a cosmogonic and animist view of nature and cause law to move in this direction. The priority is to give legal value to the respect we owe nature.”

As Westerners, we have severed this vital link that unites us with our ecosystem. We must re-establish this connection by expanding our scope of responsibility and daring to pursue legal pluralism.

Émilie Gaillard, Lecturer in Law at Science Po Rennes and specialist in “the rights of future generations.”

Back to the present with Émilie Georget, managing director of the organization Clowns Without Borders France. Working in partnership with local artists, her organization seeks to create spaces of freedom, dignity and laughter for vulnerable children in crisis or post-conflict situations.

“We advocate the idea that all human beings have a right to childhood, that we all have a right to experience freedom and feel carefree,” she tells the audience. “We all have the biological ability to laugh, but in the places where we work, many socio-economic factors have obstructed this capacity. Too many individuals lose their connection with childhood because they have been placed in adult situations. We try to give them a moment’s rest, to allow them to finally connect with their imagination and laughter.” 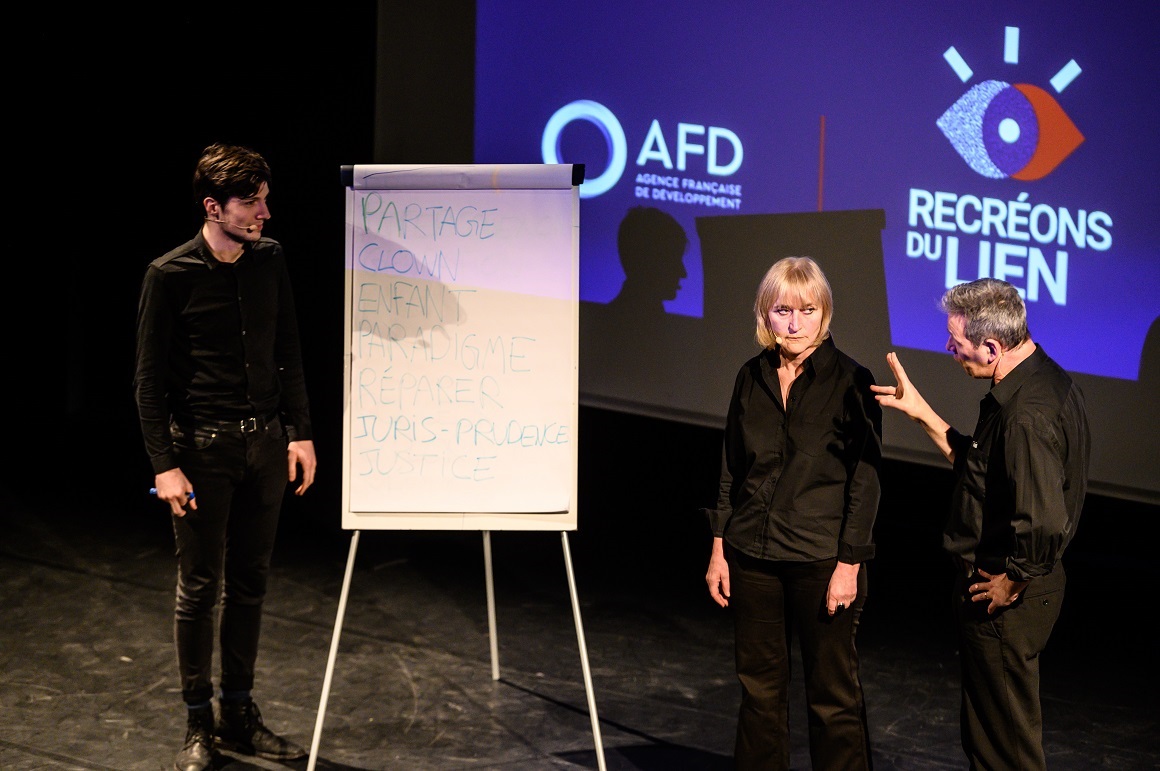 Is laughter a good way to build connections? Certainly! Especially when the Ligue d’impro (Improv league) is at work! To illustrate Émilie Georget’s point, three actors from this famous troupe took the stage to offer the audience a delightful interlude by creating a hilarious family mix-up using words from the spectators. You would probably say the words "paradigm”, “yurt” and “jurisprudence” have nothing in common. Yet in the hands of these talented actors, they were used to fill the large meeting room in the Maison des Métallos with laughter.

After this pleasant break, the audience welcomed the last three speakers to discuss measures to implement to fight inequalities. Cécile Duflot, Director General of Oxfam France and former Minister of Housing and Territorial Equality, Daniel Cohen, professor and Director of the Economics Department at ENS and Alice Evans, professor at King’s College London and associate researcher at Harvard University all greed that it would be impossible to effectively reduce inequalities without addressing their systemic causes. “The system itself produces this concentration of wealth,” said the former leader of the French green party Europe Écologie - Les Verts.

Inequalities are caused by the specific political choices that led to these results.

Current events also influenced the discussions. It would have been difficult not to mention the French yellow vests movement. For many analysts, the inequality issue is at the heart of these protests. Daniel Cohen also defends this position. The economist and author of the essay “Il faut dire que les temps ont changé…” (Albin Michel) reminded the audience of the need to develop bonds of solidarity that could offset existing economic inequalities.

“Inequalities are intimately linked to the issue of social ties. For fifty years, over the course of what I call a “conservative revolution”, we have gradually dismembered the former industrial society. We must understand that, previously, the destiny of employers and workers was organically linked. They belonged to the same world and, despite differences in income, their development was intimately linked, and a form of solidarity existed. Beginning in the 1950s, companies were cut down into sections, transforming the former solidarity relationship into the relationship between an ordering institution and its subcontractor... This dismantling of value chains is what broke apart these bonds of solidarity that previously existed.” 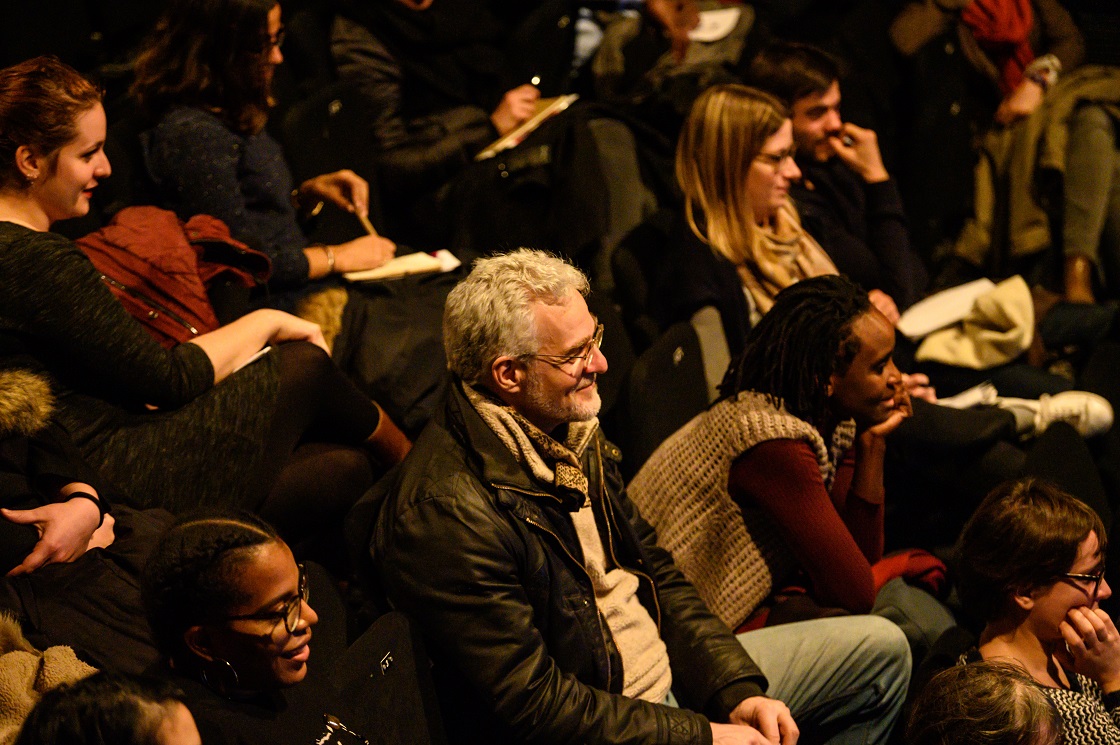 Yet even in the midst of this societal breakdown, Alice Evans gives cause for hope. The researcher is convinced that civil society still has the ability to take action to bring about change. “People have understood that they have power. I see new forms of solidarity emerging in all the countries I study.”

This optimistic message was echoed by the warm tones of Flavia Coelho’s voice as she concluded the event. After sharing about the wealth of the local initiatives in Brazil, her country of origin, the singer gave the audience a spellbinding live performance, giving the audience time to take hold of the ideas that had filled the night. 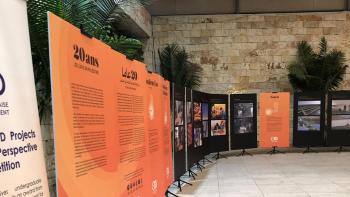 AFD in Palestine: a 20 Year Partnership