© Cyril le Tourneur d'Ison / AFD
The evaluations carried out in 2017 and 2018 show that policy-based loans are an ambitious and potentially powerful tool that enables AFD to foreground its strengths. However, AFD needs to improve its appraisal and implementation modalities to guarantee the quality of its support.

tablished the guiding principle whereby donors align their interventions on the priorities, policies and procedures of their partners. AFD, which had until then mainly been operating on a project basis, then developed budget support. To begin with, this was mostly in the form of grants for social sectors in subSaharan African countries.

Since 2008 and the approval of the loan to support Indonesia's climate change policy, AFD's budget support has been developed in the form of loans, and covers a broader palette of sectors. Known as policy-based loans, they support sectoral or multi-sectoral policies and use a three-pronged approach to assist in designing and implementing public policy: financial transfers, a policy dialogue backed by a matrix of indicators, and technical cooperation.

As these operations have only recently been implemented on a broad scale, they present a major learning challenge for AFD teams and the whole of the development community. Like the multilateral development banks (World Bank, Asian Development Bank), AFD undertook a particular effort to evaluate these operations to report on their performance and, more importantly, to identify their strengths and weaknesses in order to improve future interventions.

As a result, in 2017 and 2018, AFD conducted some ten evaluations of policy-based loans (see map opposite) using a specific methodology inspired by the three-step methodology endorsed by Development Assistance Committee (DAC) of the Organisation for Economic Co-operation and Development (OECD).

These evaluations seek to assess the relevance of the support provided and gauge the extent to which the resources provided by AFD (financial transfers, public policy dialogue and technical cooperation) have impacted the design and implementation of the policy in question and the related public institutions (Step 1 of the DAC approach). They also document the main developments in the sector concerned (access to public services, the energy mix, greenhouse gas emissions, etc.), but make no attempt to attribute them to the supported policy, as this would require a more in-depth analysis. 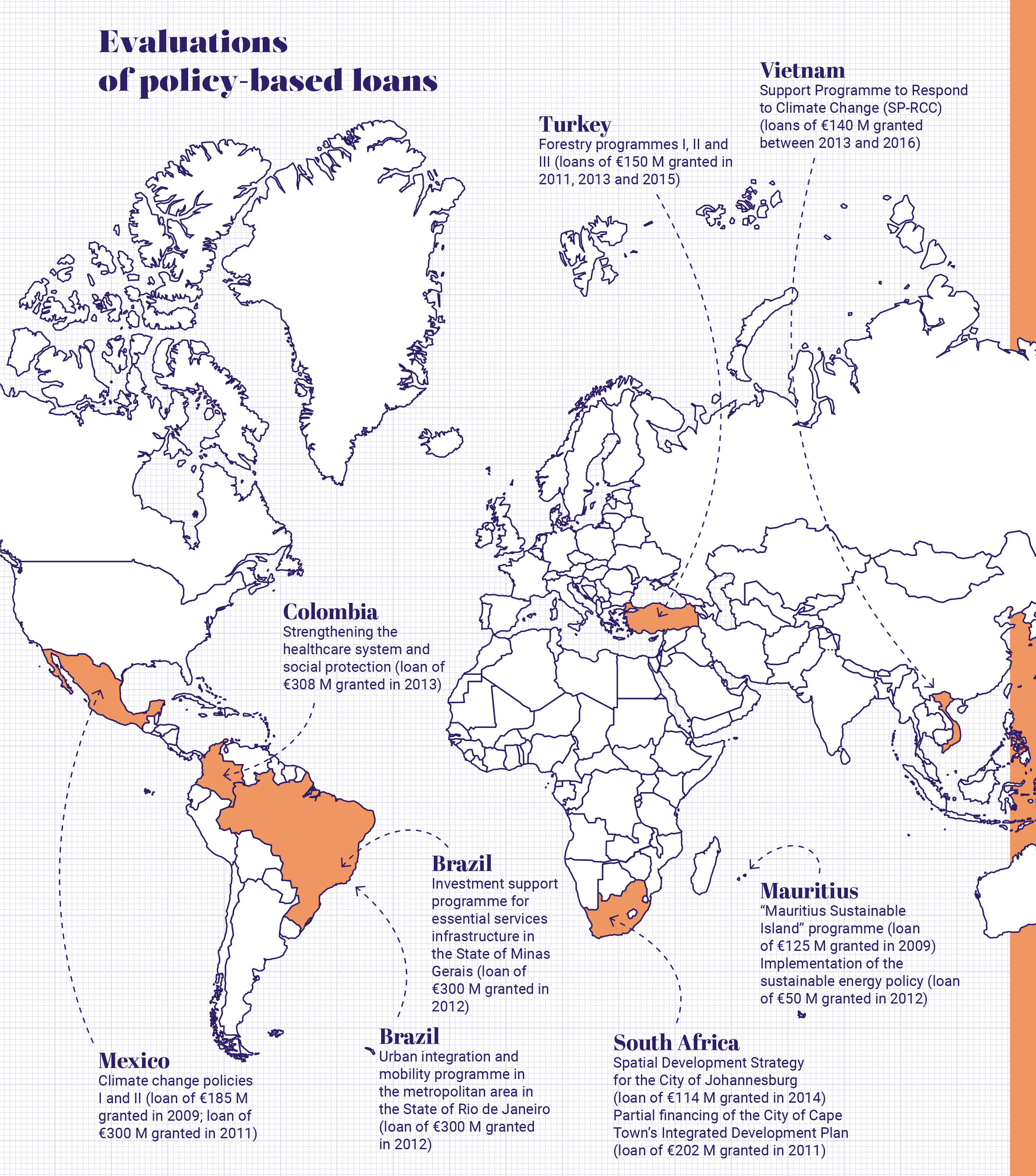 The strengths of a powerful tool

In Turkey, evaluators pointed out that the partnership with the French National Forests Office (ONF) had improved communication and coordination between the various departments of the Turkish General Directorate of Forestry, as well as coordination with the departments of other ministries (Energy, Agriculture, Environment). “Climate” budget support loans to Vietnam also contributed to strengthening the role of the Ministry of Natural Resources and Environment as coordinator of the response to climate change. However, few examples exist showing that AFD supported sectoral ministries
in their dialogue with Finance and Budget ministries.

In Johannesburg, thanks to a partnership between AFD and South African research institutions and the mobilisation of decentralised cooperation, AFD’s support has helped to increase university and think-tank participation in the policy dialogue, and the monitoring – evaluation of these policies.

This is a key aspect of ensuring that the lessons learnt and the evidence brought to light by research feed public policies and sustainable programmes.

AFD's support to the Mauritius Sustainable Island programme has led to an adapted version of the French “Grenelle Environment Forum” model and convened 300 people from civil society, the economic world, the government and trade unions. These coordination efforts have raised the level of what citizens expect from decision-makers. For evaluators, this is the most important legacy of the momentum initiated by the Mauritian government and supported by AFD.

The evaluation of the loan for Vietnam’s Support Programme to Respond to Climate Change shows that, despite differing views on policy priorities, the three partner donors (AFD, World Bank and JICA - Japan International Cooperation Agency) have managed to share out the work and speak with one voice. This coherent support has not, however, managed to encourage effective coordination with the other donors supporting Vietnam’s fight against climate change, notably the European Union, which contributes a hefty amount of budget support.

Budget support is a choice instrument to help further reforms that are recognised as crucial to the sustainability of investment projects. In Mexico, policy-based loans propelled the implementation of a regional governance model, which then resulted in the setting-up of inter-municipal associations able to dovetail rural development and sustainable management of natural resources on a wider scale and over a longer period of time. As a result, the effects of projects funded by the World Bank and AFD in forestry and biodiversity are more likely to stand the test of time.

In Colombia, support to reinforce the healthcare system has mobilised French public expertise as part of a peer dialogue that is highly valued by the Colombian authorities, who are unaccustomed to this form of cooperation. The evaluators have highlighted the relevance of this peer-to-peer cooperation, which they consider – despite the small sums mobilised – a pivotal component of AFD's added value and a key driver of the benefits of budget support.

Interventions in Mexico assisted the authorities in organising the COP 16 in Cancun. They also enhanced a highlevel dialogue that helped to shape a common positioning between France and Mexico during the summit. This relationship has continued and led to collaboration duringCOP 21 negotiations.

To ensure that policy-based loans produce results, AFD must set clear and shared objectives with its partners and reach a joint agreement on how these are to be achieved. This means that the three components of the support – financial transfer, policy dialogue and technical cooperation – must be
aligned with these objectives.

A lack of clarity around the expected results reduces the relevance and effectiveness of this type of operation. This was the case of the support to Turkey's forestry policy. The support targeted a relevant and correctly implemented policy but failed to identify the specific changes that were to be funded. On the other hand, technical cooperation activities were commended for their capacity to contribute to improvements in the fight against climate change.

In Brazil, the evaluation of support to the State of Minas Gerais highlighted the lack of coherence between the three components: the loan was intended to reduce government debt towards the state-owned power company; the dialogue focused on 11 poverty and inequality reduction programmes; and technical cooperation focused on other subjects. All in all, AFD support had little impact on the policies, although it did draw attention to the most deprived regions even during the change of government.

In Vietnam, AFD led a high-quality policy dialogue by capitalising on substantial operational knowledge accumulated during projects it had funded in the energy sector for several years.

A real dialogue among all stakeholders also took place during the appraisal of support to the State of Minas Gerais in Brazil. This dialogue continued during programme execution: an annual report provided by the State helped to monitor its financial situation, the expenses committed and incurred for programmes and some 30 results indicators. However, this was more a matter of monitoring than a strategic dialogue: the figures provided were analysed by AFD but this failed to lead to a search for corrective measures.

In Colombia, the dialogue above all enabled AFD and its partner to gain insights into their country’s respective social protection systems and manage technical cooperation. Here again, the dialogue was technical in nature.

Various evaluations recommend that AFD strengthen its local teams (see evaluations for Turkey and Colombia) in order to enhance a strategic dialogue outside of the missions led by Head Office project managers. Evaluators also point out that disbursements rarely function as levers to create moments of a strategic dialogue in policymaking. The disbursements are often one-off or made at the beginning of the support intervention, with no guarantee of subsequent funding, which means that they cannot bolster the dialogue (see evaluations for Brazil and South Africa).

In Mauritius, AFD funding had been approved to help the country tackle the 2008 crisis. However, donor funding turned out to be so copious that the Ministry of Finance sought rather to stagger the disbursement schedule, which had a negative impact on support for the public policy 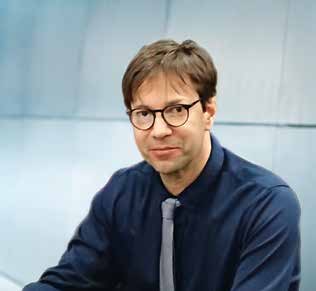 “The evaluation of policybased loans in Colombia has helped to create a space for dialogue and exchange of views between all stakeholders involved, a space that has made it easier to identify the main lessons learnt from this experience.”

In your opinion, what are the advantages of the policy-based loan granted by AFD and its stand-out impacts?

For Colombia's Ministry of Finance and Public Credit, the experience of the policy-based loan with AFD has been a great success. I'd like to highlight one of its main features: the predictability of the amounts and disbursements when the initially agreed indicators are respected. If we compare them with investment loans, policy-based loans are easier to structure and the risk of non-compliance with the commitments is lower. All this is possible if the supported policy is robust and implemented by quality operators able to make the most of technical cooperation. This technical support has proven valuable inasmuch as it enabled France to provide us with its knowledge and expertise in an open and constructive way. The whole operation was developed as part of a collaborative, flexible and quality relationship with AFD.

What have the benefits of the evaluation process been?

The evaluation of the policy-based loan, which supports improvements to the Colombian social protection and healthcare system, was immensely useful to us and the reason why we became directly and actively involved in it. Our objective, as the Ministry of Finance, was to ascertain exactly how this support was perceived and what concerns and expectations it had created among the various stakeholders. We now have a clearer idea of how to better prepare and implement these policy-based loans. The information gathered has also allowed us to work on clarifying the roles and expectations of each stakeholder, as well as the requirements that need to be complied with for this instrument.

Finally, it is important to underline that the evaluation, conducted by an external consultant, has helped to create a space for dialogue and exchange of views between all stakeholders, a space that has made it easier to identify the main lessons learnt from this experience.

END_OF_DOCUMENT_TOKEN_TO_BE_REPLACED 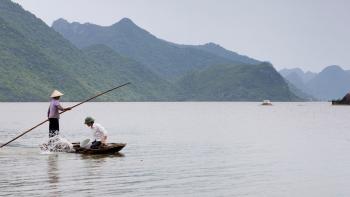 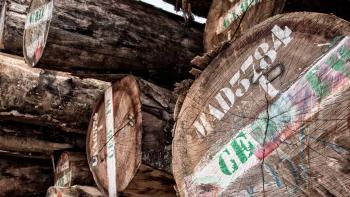