Pharmacy in Guinea, West Africa © Nicolas Beaumont / AFD
Through shared procedures and a will to work together, AFD and its German counterpart KfW have reinforced their support for beneficiaries, and become more effective as a result.

Its German counterpart KfW, has been working with the West African Health Organization (WAHO) on demographic and sexual and reproductive health issues since 2012.

AFD, for its part, launched the DEMSAN project in Burkina Faso, Mali and Niger in 2017. It aims to support member countries of the Economic Community of West African States (ECOWAS) as they enter a period of significant demographic change.

The project aims to bolster the WAHO on issues concerning sexual and reproductive health, political advocacy and the implementation of actions in this field, while promoting the emergence of civil society. Big challenges are posed by some of the major demographic changes under way in Sub-Saharan Africa. Its strong population growth (+2.4% a year, set to double by 2050, and triple for the Sahelian zone) will have ramifications for the development prospects of countries in terms of economic, social and environmental pressures.

When it became clear that this multifaceted project required action on the supply and distribution of contraceptive drugs in the three countries covered by DEMSAN, AFD naturally turned to its close German partner and the invaluable experience it has built up since 2012.

“We drew on KfW’s experience in the supply and deployment of contraceptive drugs in the context of its regional program with WAHO and wanted to contribute to financing areas with the greatest needs, especially in Mali”, confirms Sylvie Bourdenet, project team manager in AFD’s Health and Social Protection Division and manager of the DEMSAN project.

In the early 2000s, the two institutions signed a bilateral agreement for the recognition of procedures and delegation of tasks (Mutual Reliance Initiative – MRI). However, real co-financing was feasible thanks to a KfW project launched several years before and financed to 2023.

This required being inventive: “For the moment, it is more a question of parallel financing”, confirms Julien Morel, Sylvie Bourdenet’s counterpart at KfW on this project.

“AFD got involved in financing the two pillars of our respective projects, i.e. the purchase of contraceptive drugs and the component to build capacities of States and other actors on the ground, such as NGOs, for sexual and reproductive health.”

The partnership has also turned into a form of “mutual assistance”, which involves working closely together. For example, the Swiss Tropical and Public Health Institute (Swiss TPH) is assisting WAHO with the implementation of the Regional Reproductive Health Program with KfW financing.

“AFD wanted the support of the Swiss TPH in Mali in the context of its project”, says Julien Morel, “But it was administratively very complicated. So, we authorized the geographical extension of the consultant’s operation in Mali for AFD, via an amendment in his contract with WAHO.”

“There is no competition here, it’s not the mindset, it’s quite the opposite”, says the French expert. But of course, this does not mean that everything is perfect.

For example, Julien Morel laments the fact that AFD only operates in the French-speaking countries in the region concerned by the program, whereas KfW closely follows WAHO’s recommendations and makes efforts to distribute the aid between the six countries with a careful linguistic balance (Benin, Burkina Faso, Ghana, Guinea-Bissau, Niger, Sierra Leone).

There are overlapping interests where the two partners’ projects are currently separate, but could be unified: there are two project management units which could be pooled into one.

Working together has made it possible to “give impetus to the dialogue between WAHO’s donors and bring a common advocacy to the organization’s management for a clear strategic approach and, ultimately, for more strategic financing”, says Sylvie Bourdenet. “This coordination is a long-term endeavor, but everyone is willing to move towards more synergies, including WAHO.”

Conducting a common project would lead to simplified procedures in other respects, such as disbursement: “We are more complicated in this regard”, Julien Morel says with a smile. “WAHO would like our disbursements to be as fluid as they are with AFD!”

In the meantime, with support from the Bill & Melinda Gates Foundation and the Netherlands which, like AFD, have been stakeholders in the demographic transition and sexual health mechanism in West Africa since 2017, the results are there to see.

“We have reached four million couples who benefit from contraception for one year,” Sylvie Bourdenet and Julien Morel are proud to say…with a single voice. 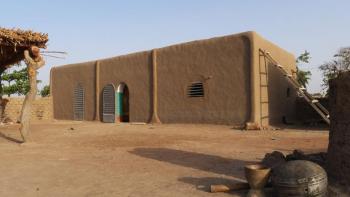