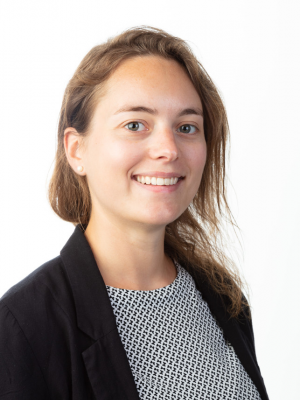 Emmanuelle Mansart Monat is a macroeconomist and expert on the economies of developing countries.

Emmanuelle is a country risk economist whose publications shed light on the economic trajectories of the countries where AFD operates. These analyses are based on close monitoring over long period and are rooted in a detailed knowledge of local circumstances.

Emmanuelle has a Bachelor's degree in trilingual business administration (BAA) and a Master's degree in applied economics from HEC Montreal. She began her career at PSP Investments, a major Canadian pension fund, where she contributed to the group's macroeconomic and financial research. She then joined Export Development Canada, the Canadian export credit agency, as a country risk economist, specializing in the European Union and North Africa. In 2020, she joined the team in charge of assessing country and sovereign risks in the countries where AFD operates.