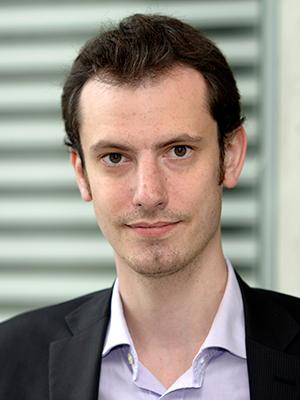 Florent McIsaac is in charge of developing the Brazilian and Ivorian applications of the macroeconomic modeling tool GEMMES (General Monetary and Multisectoral Macrodynamics for the Ecological Shift).

Developed by AFD, GEMMES is one of the only macroeconomic modeling tools that integrates in its scenarios the economic and financial risks associated with climate change and the scarcity of resources. A global version already exists but the model still needs to be adapted to the specificities of each country. Florent McIsaac is in charge of monitoring its application in Brazil, which is already well advanced, and developing the one for Côte d’Ivoire. He also conducts research on resilient and low-carbon transition.

An expert in macroeconomic modeling, he has contributed to the methodological and empirical development of several approaches, all built around the concept of interactions between economics, money and climate. Before joining AFD, he completed a doctoral thesis entitled “Energy and Money in New Frameworks for Macro-dynamics”, at the Centre d’économie de la Sorbonne de l’Université Paris 1 – Panthéon Sorbonne. Then, as economist associated with the Energy and Prosperity chair, in which AFD is partner, Florent McIsaac continued his work around the integration of monetary and energy dynamics in macroeconomic modeling. He joined the GEMMES unit at AFD in 2015.

GEMMES: A new modelling tool that incorporates the energy transition

AFD is developing a new tool to make macro-economic models, called GEMMES. What’s special about it? Within its scenarios, it can incorporate financial and monetary risks and their interaction with the impact of ecological disturbances. Special attention is paid to the consequences of global warming...
Find out more