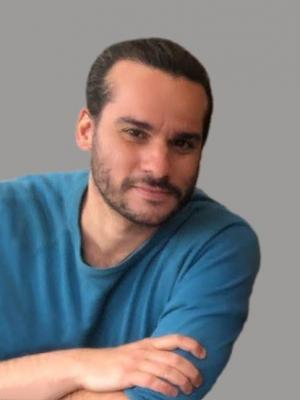 Guilherme Magacho is an economist who works on ecological transition in developing countries, in particular using the macroeconomic modeling tool GEMMES.

Guilherme works mainly on input-output analysis and dynamic macroeconomic models to identify systemic risks, and assess the impact of public policies. His work focuses on ecological transition. Through the GEMMES model, he analyses the main economic constraints in developing countries in order to promote sustainable and inclusive development.

Guilherme Magacho holds a PhD in Land Economy from Cambridge University, UK. His thesis focuses on the importance of the structural composition of trade and production in supporting an inclusive and sustainable economic growth. It compares the sectoral composition of the Latin American and East and Southeast Asian economies and assesses the consequences of different industrialization models for long-term development. He is also a research associate at the Cambridge Center for Economic and Public Policy (CCEPP) and the Getulio Vargas Foundation (FGV), where he works on studies on structural change and macroeconomics.

Before joining AFD, Guilherme was an economist at the Federation of Industries of the State of São Paulo (FIESP) and a consultant for the Brazilian regional and federal governments. He was a professor at the Federal University of ABC (UFABC) and at the Faculty of Campinas, Brazil, where he taught industrial economics, international economics, macroeconomics, and econometrics.