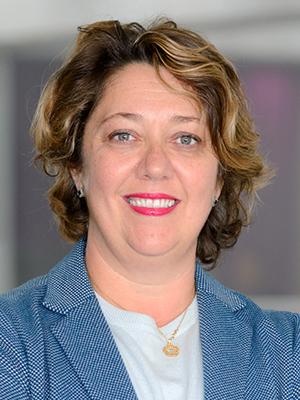 Hélène Djoufelkit is Deputy Director of the Economic Diagnostics and Public Policy Unit. She is in charge of matters related to social cohesion and human development, as well as governance and the commons.

In addition, Hélène Djoufelkit is continuing her work on several research programs: “The effectiveness of public expenditure in developing countries: measurement and determination”, “Africa: What potential for late industrialization?” and “Demographic diagnostics in Sub-Saharan Africa”.

Hélène Djoufelkit’s career at AFD started in 2004 in the Research Department. She worked mainly on development paths in partner countries, the macroeconomic situation in the franc zone and innovative financing instruments, such as the countercyclical loan.

In 2008, she was appointed senior advisor on Africa to the Executive Director for France at the International Monetary Fund (IMF) and World Bank. She returned to AFD in 2012 to join the management team in Egypt. She was subsequently appointed head of the Strategic Management and Accountability Division in 2016.
Hélène Djoufelkit trained as a development macroeconomist and holds a Ph.D. in Development Economics from the Center for Studies and Research on International Development (CERDI).