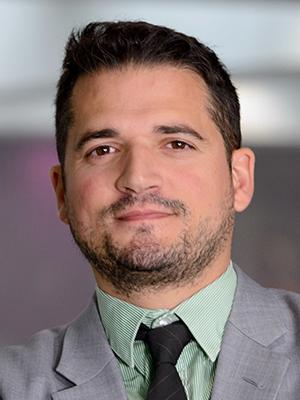 Maxime Terrieux is an economist in the team in charge of assessing country risks and sovereign risks in countries where AFD is working.

The main tasks of the country risk economist are to understand the growth model of a country, assess the quality of its public finances and fiscal and monetary policies, its financial system stability and the potential vulnerability of its balance of payments. Maxime Terrieux is also involved in more horizontal research projects: economic studies on the links between sport and development, interactions with a network of chief economists at the International Development Finance Club (IDFC).

Before joining AFD, Maxime Terrieux worked at the European Bank for Reconstruction and Development (EBRD) on financial stability issues, more particularly on the implementation of structural reforms for resolving bad debt (NPL, Non Performing Loan) in the Balkans. Before moving into a career in economics, development and public policy, he worked in energy and infrastructure project finance in the Gulf and in Africa: for BNP Paribas in Bahrain, then with Engie's (ex-GDF Suez) investment and financing team based in Abu Dhabi and Dubai. Maxime Terrieux is a graduate of ESCP Europe Business School with a Master in Management and holds a Master of Public Administration (MPA) from Columbia University (School of International and Public Affairs).