Development aid: What's it all about?

© Benjamin Petit for AFD
ODA is grants or loans at favorable rates, whose aim is to fund programs to improve access to drinking water, health care, electricity, school, decent housing, or preservation of the environment, etc. This aid helps both to develop long-term projects and to provide humanitarian aid in emergencies. It can focus on small local projects or on very huge policies at a national level.

ODA is implemented by local actors such as ministries, local authorities, banks, professional organizations, NGOs, or even businesses. But the aim is always to help local people.

The aid can go directly from the donor country to the beneficiary country. This is called “bilateral” aid. It can also take the form of contributions from States to the operating costs and programs of international organizations (such as UNICEF or the World Bank): this is “multilateral” aid.

At the global level, ODA amounted to 142.6 billion dollars in 2016. But this amount represents only one aspect of development financing or funding, which also includes public, local, and international financing, as well as private investment, money transfers from diasporas (around $400 billion per year), and actions carried out by foundations and NGOs, etc.

From among this broad range of financing and funding sources, ODA plays an essential role. It helps start up projects in sectors or areas that have been left behind. It initiates processes of “virtuous development” and creates dynamics that can help bring all the other stakeholders, especially businesses, into the picture. It creates a leverage effect that multiplies impacts. All in all, since the 1960s, development aid has proven to be effective: it’s a powerful factor of change for the most vulnerable populations.

Today, aid comes within the framework of the SDGs (Sustainable Development Goals) that have been set by the United Nations for the 2015-2030 period. The SDGs attempt to meet challenges that concern all countries—from the poorest to the most prosperous—and all domains. Their purpose is to build a peaceful, prosperous, egalitarian, and sustainable world.

The role of public aid is to help shift the movement of an economy that is making headway—sometimes quickly—but not always in the right direction. In real terms, it involves reorienting existing funds in order to build a different, more ecological and more egalitarian world. This reorientation has a cost, like any public action. However, in the medium and long terms it provides significant benefits.

The world of 2030, towards which the Sustainable Development Goals (SDGs) are aiming, is being built with the investments of today. Each year, the world’s economies invest around 20 trillion dollars, and with this staggering amount give shape to the world of tomorrow. But is that the one we want? Is that the one described by the SDGs? Unfortunately no, or in any event not totally.

Development aid is also one aspect of a country’s international policy. In this respect, it is a reflection of how it perceives the world. For example, in the United Kingdom, the aim of development aid is to contribute to a prosperous and peaceful world, which is beneficial for a nation that acquires a great share of its wealth from international trade. In Germany, its position is more one of generosity and redistribution, for a nation with a flourishing economy. In France, the idea is rather to help regulate globalization, which is sometimes perceived as a source of dangers.

Development aid policies are often linked with a country’s Defense policy and Diplomacy: these are the “3Ds” of the country’s external action.

Since the 1960s, which were a turning point for the independence of African countries, development aid has been built around several tendencies:

Over the years, there has been a decrease in the number of poor countries suffering shortages of savings, with many emerging economies on the contrary experiencing considerable surpluses….

In the 1990s, aid concentrated on the fight against poverty, by focusing on social aspects. It was primarily financed by grants. At the same time, the emergence of environmental and then climate issues began to influence the ODA objectives.

At the turn of the millennium, after 10 years of steep decrease in ODA, the UN adopted the 8 Millennium Development Goals (MDGs). These helped relaunch global aid, which concentrated on social and especially medical objectives.

How effective is aid?

While it’s always possible to identify failures, the history of aid has rather been a success. We can find such successes locally, of course, but also on a larger scale. Conversely, the absence of aid can have severe repercussions.

A striking example of the usefulness of ODA concerns the Sahel. French ODA had been very rooted there historically and played a strong stabilizing role. The collapse of French aid in this zone between 1990 and 2001 left the coast clear for all sorts of trafficking and influences. The result is that, in 15 years, Jihadism has turned it into one of its major zones of influence.

Countries all over the world have seen their overall level of development increase or even explode. Even the countries that remain the poorest, such as those in Africa, have in many cases made huge progress in the last 40 years. For example, there have been no major famines linked to natural causes in West Africa since the beginning of the 1970s, despite the fact that the population has increased threefold.

To what extent can we attribute these successes to ODA? It’s difficult to know precisely, but international aid’s contribution to the economic growth of beneficiary countries, over the long term, would seem to be about +1% on average each year. For example: +3% annual growth in gross national income (GNI) versus +2% without aid. That’s a lot, especially for aid volumes that remain low in relation to the economy as a whole.

Aid effectiveness can also be measured in terms of achieving “direct” results or “impacts,” such as school enrollment and vaccination rates, or the number of kilometers of rural paths built.

On the other hand, it’s trickier to measure the effect of aid on the institutional construction of beneficiary countries. Yet, this construction is essential. In some countries, significant reforms in governance seem required to enable sufficient economic and social development.

The effectiveness of programs is nonetheless a constant concern of all the actors involved. To measure it, the donor countries that are members of the Development Assistance Committee of the OECD (Organisation for Economic Co-operation and Development) regularly carry out evaluation of their actions. This form of audit is based on a detailed examination of aid machinery, combined with field visits. Analyses and recommendations then follow. 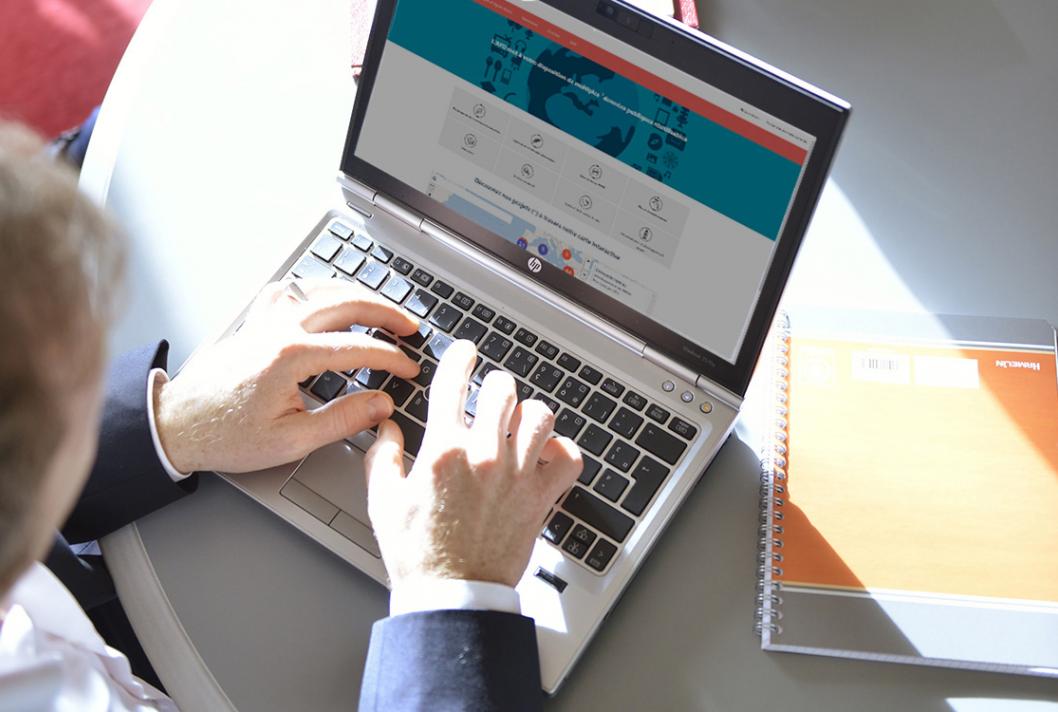 The UN adopted the Sustainable Development Goals (SDGs) in September 2015. These 17 objectives, to be reached by 2030, cover all the major issues facing humanity and sketch out a world that is simultaneously fair, prosperous, and sustainable.

The SDGs follow up on the Millennium Development Goals (MDGs) of 2000, but they are more ambitious, and universal. This means that they are valid as much for the United States as for Peru or Chad. This vision of the direction to take for the next 15 years, shared by the entire planet, requires mobilization by all: the international community, States, NGOs, local authorities, businesses, and citizens.

The fight against poverty and hunger remain crucial concerns, as do access to water, health care, education, and gender equality. But now it’s necessary to fight against climate change and to help conserve the oceans and forests. The challenge is also to reduce inequalities, not only between countries but also within a given country, in particular by making sure that income growth among the poorest 40% is at least equal to that of the country’s average. This SDG objective represents a huge novelty compared to the MDGs.

Today, some SDGs seem attainable, such as the elimination of extreme poverty. But others call for very significant efforts on the part of the international community, in particular the fight against climate change and the preservation of oceans.

A galaxy of actors 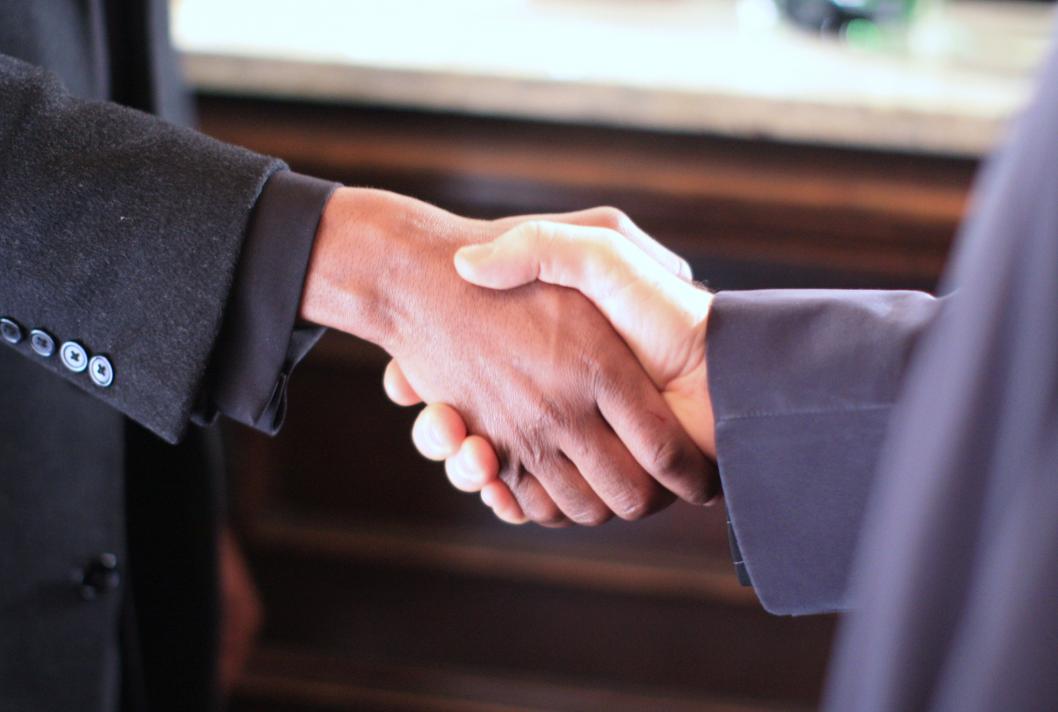 THE KEY ROLE OF DEVELOPMENT BANKS

Through loans at favorable rates, these banks meet needs that are too risky or too big for private banks. Development banks are secured to States and have the capacity to plan in the long term. They are thus able to reorient the economy towards achieving the SDGs, not only at the economic level, but also at the ecological and social levels.

Their role is not limited to financing: they also provide technical aid and know-how. These banks also often work together, “cofinancing” large-scale projects in order to increase the amounts invested and to share the risk.

Many countries have an agency or a “bilateral” bank active at the regional or international level. This is the case of Great Britain (DFID), the United States (USAID), Brazil (BNDES), Germany (KfW), Japan (JICA), and France (AFD). While British and American bilateral aid is based on grants, Japanese, German, and French aid is mainly made up of loans.

In the aid beneficiary countries, there are also development banks that finance projects of common interest on their territory and that play a major role in trying to reach the SDGs. Partnerships with banks active at the international level are common. The IDFC club, created in 2011, brings together 23 national development banks and large bilateral banks (including AFD) in order to increase impacts.

Furthermore, at every level, non-public actors such as foundations, NGOs and businesses are playing a growing role. There are also many synergies among all these development finance actors.

The main ODA actors in France are the Ministries for Europe and Foreign Affairs, of Economy, and of Education and Research, as well as public institutions such as the IRD, the CIRAD, and of course AFD.

Local authorities also play an important role, as they can finance development projects directly or via AFD…. As both a bank that finances projects and an agency that allocates grants on behalf of the French government, AFD plays a pivotal role among all these actors. It’s a major actor of French development aid.

What % of wealth is devoted to aid?

In 1970, most members of the Development Assistance Committee of the OECD (Organisation for Economic Co-operation and Development) undertook to devote 0.7% of their wealth—gross national income (GNI)—to public development aid. They renewed this commitment in 2015.

These countries are Australia, Austria, Belgium, Canada, Denmark, Finland, France, Germany, Greece, Ireland, Italy, Japan, Korea, Luxembourg, the Netherlands, New Zealand, Norway, Portugal, Spain, Sweden, the United Kingdom, and the European Commission.
In reality, only Norway, Sweden, Denmark, and Luxembourg have regularly reached the 0.7% percentage. The Netherlands was reaching it until 2012. The United Kingdom has been reaching it since 2013 and Germany since 2016. The USA and Japan are at 0.17 and 0.20%.

In 2016, France devoted only 0.38% to ODA. However, with an amount of around 9.5 billion dollars (8.6 billion euros), it is the fifth-largest contributor in the world in value terms, after the United States, Germany, the United Kingdom, and Japan.

On August 29, 2017, Emmanuel Macron, President of the Republic, undertook to raise French ODA to 0.55% of GNI by 2022. With 75.5 billion euros in 2016, the institutions and Member States of the European Union are moreover the world’s largest contributors, contributing 57% of international aid.

One of the classic criticisms of ODA can be summed up by the French expression “la Corrèze avant le Zambèze,” which equates to “charity begins at home.” This isolationist tendency considers that development aid is wasted money that doesn’t help the interests of France in any way. But nothing could be further from the truth! ODA is effective for the beneficiary countries, and it furthers peace and stability overall. And the better the world is, the more peace, global prosperity, and defense of the environment will be a reality, and the more the interests of France and the French people will be served. It’s a virtuous circle at the planetary level.

Hubert de Milly, AFD development aid expert
Interactive map
This map is for illustrative purposes only and does not engage the responsibility of the AFD Group
See map of all projects