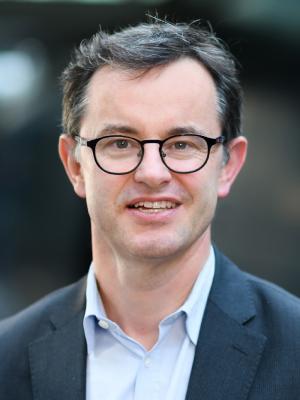 Jean-Pierre Barral manages AFD's Department of Energy and Digital Transitions. In this capacity, he oversees all of the institution's initiatives for improving access to energy and digital services in regions where it can have a impact on health, education, employment, agriculture and businesses’ economic competitiveness

Jean-Pierre Barral joined AFD in 1998, after working as a technical assistant on irrigation projects in Mali. Within the group, he was initially involved in infrastructure financing and strategic planning.  Then in 2007, he opened a new office for AFD’s subsidiary, Proparco, in New Delhi, India.

In 2010, he took over management of Proparco’s Infrastructure Division, where he worked on financing for AFD projects in the energy and transport sectors.

For a time, Jean-Pierre Barral worked for energy producer ContourGlobal as a development manager for Africa, and then at the International Finance Corporation (IFC) as a senior business manager. Having gained experience in energy development opportunities in Africa, he returned to AFD in 2018 to lead initiatives in the energy and digital sectors.