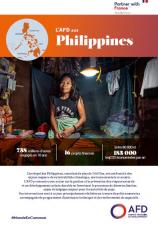 The Philippine archipelago, made up of more than 7,100 islands, faces major challenges of climatic, environmental and social vulnerabilities. AFD’s action in the Philippines focuses on natural risk management and prevention, as well as sustainable urban development by promoting the decentralization
Institutional document
Downloaded 114 times

The Middle East Strategy identifies AFD Group’s main strategic priorities for the Middle East, the methodological tools for addressing the challenges common to all of the countries in which AFD operates, and the priority partnerships that need to be established to ensure collective outcomes are
Video
Viewed 287 times

The urban fabric initiative brings out and supports small or temporary micro-projects, carried by the inhabitants and quickly implemented, on the sites of urban projects financed in parallel by the Agency. ©AFD2020
Research document
Downloaded 86 times 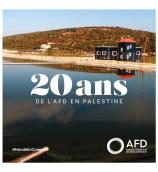 Over the last twenty years and with a difficult Palestinian history, AFD funded many projects aiming to help the most vulnerable people and to support institutional building of Palestine. In coordination with its local partners and international donors, AFD has been able to develop a dual strategy
Exhibition
Downloaded 28 times

AFD’s field of intervention in Southeast Asia covers seven ASEAN member countries: we’ve had a long-standing presence in Cambodia, Laos and Vietnam going back to 1993. We’ve subsequently extended our operations to Thailand in 2003, then to the Philippines and Indonesia, and finally to Myanmar in
Video
Viewed 339 times

The Elife program consists of building and running technology, entrepreneurship, training and cultural centers in ten cities in Tunisia. Far too many young people from the Higher Institute of Technology Studies (ISET) digital industry are unemployed. A paradox because digital companies struggle to
Video
Viewed 114 times

Discover in this video the testimonies of the people of Tubas area and representatives of the local water utility, stating their difficulty of access to affordable water in this arid region of northern Palestine. The Nexus Nord project, financed by € 10M by AFD and € 7.5M by the EU will, thanks to