The largest archipelago in the world with nearly 17,000 islands and the 6th Exclusive Economic Zone of the world (sea surface of 6 million km²), Indonesia is a country that conceives its development and international integration through its unique relationship with the oceans. More than 6 million
Institutional document
Downloaded 49 times

Southern Africa has some of the most developed infrastructure in the continent. However, the region still faces numerous challenges, such as insufficient energy supply, highly priced and unpredictable transport, lack of low-cost access to information and communication technologies, and high numbers
Institutional document
Downloaded 31 times 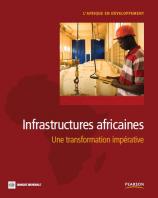