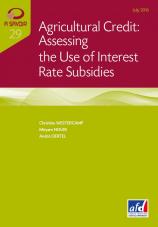 Since the beginning of the 20th century, interest rate subsidies have been one of the tools used all around the world for developing agriculture, especially by major agricultural countries such as France, the United States, and Brazil. However, a general consensus against their use now exists among
Research document
Downloaded 16091 times 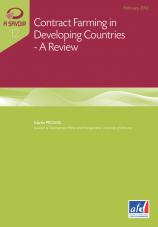 Contract farming can be defined as a firm providing farmers with particular “input” — such as seed, fertilizer, credit, extension — in exchange for exclusive purchasing rights over a specified crop. This form of vertical integration within agricultural commodity chains has attracted considerable