Social assistance and climate resilience programme in Mauritania In Mauritania, a TEKAVOUL social protection system allows families to keep children in school. It is a support and a regular payment of money collected during 5 years, ie a financial security. Find out more ► the Sahel Alliance
Research document
Downloaded 696 times

Pastoralism has long been regarded as archaic, but recent research shows that pastoral systems can effectively exploit the characteristic instability of dryland ecosystems and make productive use of their considerable potential. Recent research has increased recognition of pastoralism’s economic
Research document
Downloaded 2576 times 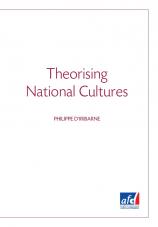 At the end of apartheid, in 1994, hopes for political, economic and social renewal are emerging in South Africa. Among the preoccupations of the new ANC government: wipe out inequalities and generalize access to basic services. Realizing the right to water, as it is recognized in the new
Research document
Downloaded 3 times 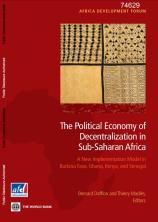 For the past two decades, experiments in decentralization and federalization have been developing in Africa, Asia, and the formerly communist states of Eastern Europe. Many of the powers previously in the hands of the central government or its de-concentrated structures have been transferred to