Ghana, West Africa’s second largest economy, has been particularly adept over the last decade at consolidating its democracy and bolstering its growth regime. Despite the financial crisis, the country has seen average annual growth rates of over 7 per cent since 2005. Furthermore, Ghana has
Document de recherche
Downloaded 762 times 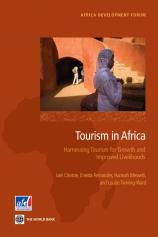