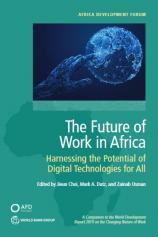 The Future of Work in Africa focuses on the key themes of creating productive jobs and addressing the needs of those left behind. It highlights how global trends, especially the adoption of digital technologies, may change the nature of work in Sub-Saharan Africa by creating new opportunities and
Research document
Downloaded 16 times 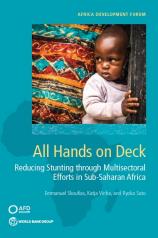 The prevalence of stunting in Sub-Saharan Africa has been declining significantly. Yet, because of high fertility rates, this is the only region in the world with a growing number of children under the age of five who have stunted growth, meaning they are too short for their age. This trend, if not
Research document
Downloaded 55 times 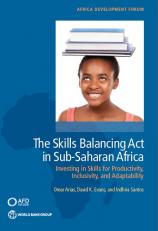 Over the past two decades, many countries in Sub-Saharan Africa have grown their economies, lifted millions out of poverty, recovered from conflict, and greatly expanded access to education with a boost in public expenditures
Research document
Downloaded 109 times

Access to reliable electricity is the backbone of any modern economy. It is even more important with the digital revolution. If African nations want to see their economies transform, the issue of electricity must be tackled head-on. Access is only the starting point, however. Expansion needs
Research document
Downloaded 64 times 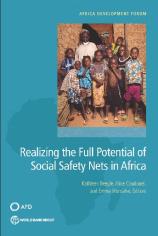 Despite economic growth and improvements in many dimensions of welfare, poverty remains a pervasive and complex phenomenon in Sub-Saharan Africa (Africa hereafter). Approximately two people in five live in poverty, and, because of shocks, many others are vulnerable to falling into poverty. Part of
Research document
Downloaded 28 times 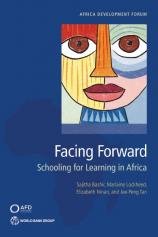 Enhancing the productivity of agriculture is vital for Sub-Saharan Africa's economic future and is one of the most important tools to end extreme poverty and boost shared prosperity in the region. How governments elect to spend public resources has significant development impact in this regard
Research document
Downloaded 23 times

This study focuses on the local and regional impact of large-scale gold mining in Africa in the context of a mineral boom in the region since 2000. It contributes to filling a gap in the literature on the welfare effects of mineral resources, which, until now, has concentrated more on the national
Research document
Downloaded 10 times 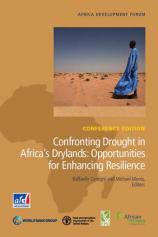 Drylands make up about 43 percent of the region’s land surface, account for about 75 percent of the area used for agriculture, and are home to about 50 percent of the population, including many poor. Involving complex interactions among many factors, vulnerability in drylands is rising
Research document
Downloaded 286 times