More largely, in the context of the fight against climate change, the subject of renewable energies takes on considerable importance. A large number of island States in the Pacific zone are extremely dependent on fossil fuels, and in the coming years, will face major impacts related to climate
Research document
Downloaded 987 times 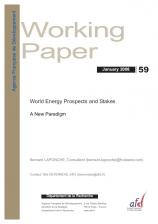 To pursue the present path in the development of energy systems would lead to growing insecurity of supply and an unacceptable increase in greenhouse gas emissions. Both climate change (and other environmental hazards) and security of supply would rapidly become formidable obstacles to peace and
Research document
Downloaded 1638 times

It is generally agreed the last public-private partnership in which EDM was engaged, from 2000 to 2005, was a "resounding failure": international donors, professionals, and the totality of the Malian population are in agreement on this matter. The present study is opposed to such interpretations
Institutional document
Downloaded 46 times 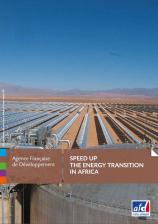 In 2014, Africa accounted for 16% of the world’s population, less than 6% of energy consumption and 3% of greenhouse gas emissions. With an average annual economic growth rate of 4.5% over the past five years, Africa is experiencing increasing demand for energy and a significant need for
Research document
Downloaded 5679 times

Many late developing countries face tremendous challenges: They have to deal simultaneously with their economic and demographic transitions in the context of globalization and under the constraints of climate change. Based on new evidence from an in-depth survey that included 8,000 rural households
Research document
Downloaded 4495 times

Energy efficiency retrofitting of existing buildings was long ignored by public authorities who favored energy efficiency policies in new buildings, which are easier to implement. It has now become indispensable in all economies "even emerging countries" given the constraints imposed by energy
Institutional document
Downloaded 9 times 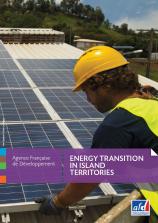 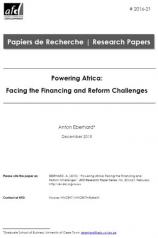 Networks of stranded assets: A case for a balance sheet approach 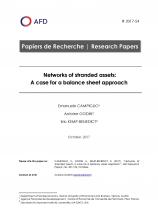 Moving to a low-carbon economic system will require several industrial sectors to undertake a deep technological transformation of their production processes, leading some of their physical capital assets to become stranded. This might also have a large-scale impact on the assets of the upstream
Research document
Downloaded 43 times

Mixing economic growth with low-carbon objectives entails multidimensional challenges among which a shift in employment and a rapid transformation of infrastructure are involved. The aim of this paper is to provide a data-driven analysis to strengthen our understanding of what a low-carbon economy