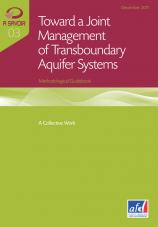 Aquifer systems, which can contain a major part of the accessible water resources of a country, are often imperfectly known. However, and much more commonly than transboundary rivers, many aquifers are shared between several countries that use this resource in an independent and generally intensive
Research document
Downloaded 5766 times 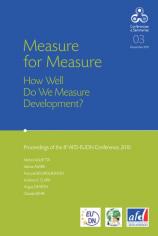 Microcredit has rapidly expanded in recent years, providing access to financial services to a large population previously excluded from the financial system. However, whether it helps the poor has been a subject of intense debate for which, until very recently, there was no rigorous evidence. This
Evaluation document
Downloaded 1024 times

Although primary education is almost universal in South Africa, and secondary schooling has very wide outreach, higher education has become a severe problem in this emerging country. Enrollment stands at about 15%, a low figure for a country at this level of development. The black and colored
Institutional document
Downloaded 537 times 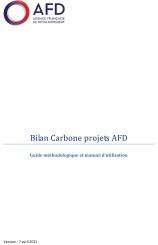 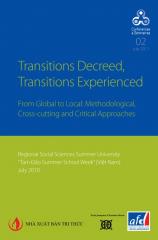 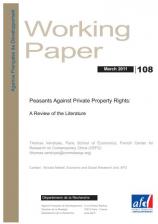 This paper aims at summarizing the main arguments and studies, both theoretical and empirical, on this issue of the privatization of land rights, with a specific focus on the factors that can make privatization inefficient or detrimental for the most concerned individuals
Research document
Downloaded 4266 times

Thailand is currently the world‘s leading exporter of natural rubber, accounting for 33% of the annual volume traded. In addition to its quantitative performance, the case of Thailand is noteworthy in that this output is driven by smallholders, who own 95% of the total area planted with rubber
Research document
Downloaded 424 times