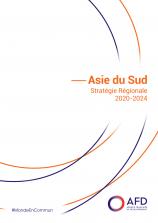 Pakistanis’ growing demand for partnerships with French actors, AFD will mobilise tools such as FEXTE and promote the emergence of a French offer, although some French consultancies and firms are reluctant to operate in Pakistan.
Institutional document
Downloaded 68 times

AFD has been present in Armenia since 2012, financing development projects via sovereign and non-sovereign loans mainly in the sectors of agricultural and territorial development, energy efficiency, and infrastructure. In addition, AFD helps guide public policy reforms and has a mandate for proposing urban development projects.
Evaluation document
Downloaded 170 times

This document presents a summary of the evaluation of AFD‘s agriculture projects in Afghanistan from 2005 to 2014. The evaluation mission took place between December 2013 and July 2014, and covered all projects funded by the Agency in the sector. This summary first explains the rationale and