50 result(s) for your search
FiltresX 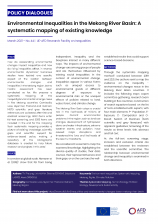 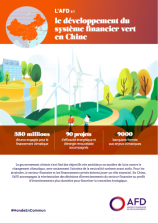 The Chinese government has set itself highly ambitious aims in the fight against climate change, in particular its target for carbon neutrality by 2060. To reach these goals, the financial sector and private funding play a key role. In China, AFD is helping to redirect investment decisions from the financial sector towards more sustainable investments and thus promote ecological transition.
Institutional document
Downloaded 17 times 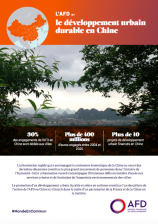 The rapid urbanization which has accompanied China’s economic growth over the course of the last few decades has raised huge challenges in terms of access to urban amenities and the limitation of the environmental footprint of cities. The promotion of sustainable, low-carbon urban development forms one of the cornerstones of AFD’s action in China and enters into the framework of a French-Chinese partnership around this issue.
Institutional document
Downloaded 17 times 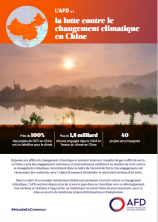 Exposed to the effects of climate change and the world’s biggest producer of greenhouse gases, China has undertaken ambitious national and international engagements for climate change. In the framework of a mission initially devoted exclusively to the fight against climate change, AFD has been supporting China for more than 15 years in its transition to sustainable, low-carbon and resilient development.
Institutional document
Downloaded 11 times 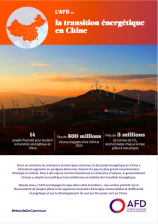 In response to crucial environmental and health issues, the Chinese government has adopted a highly ambitious policy for energy transition. Since 2004, AFD has been providing its support to the country in this transition. Our actions are based on the funding of pilot projects and innovative segments of renewable energy or energy efficiency, in addition to the development of the green financial sector in China.
Research document
Downloaded 129 times 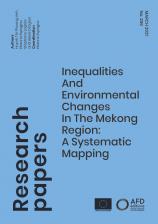 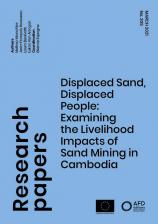 This working paper focuses on the livelihood impacts of river sand mining in Cambodia. We draw on two examples: (a) that of sand miners, working directly in riverbed sand mining in and around Phnom Penh; and (b) those of urban farmers, whose livelihoods are impacted by the sand infill of urban
Institutional document
Downloaded 92 times 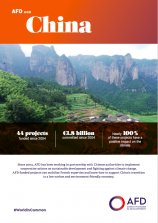 Located in East Asia, China is the most populous country in the world (1.4 billion people). It is also a huge territory with an exceptional natural and cultural heritage.  Since 2004, AFD has been working in partnership with Chinese authorities to implement cooperative actions on sustainable
Video
Viewed 98 times

This project, financed by AFD and the European Union, has contributed to improving access to water and electricity for Cambodian households by supporting small water and electricity enterprises and enabling them to improve their access conditions to an adapted financing offer. Proparco, AFD subsidiary for private sector, will finance a second phase of this project. AFD2021