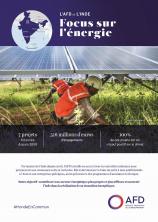 A partner of India since 2008, AFD works in agreement with Indian authorities to promote green and inclusive growth. It operates through soft loans to the state and public enterprises, as well as technical assistance programs. Our goal: to contribute to a cleaner and more efficient energy sector and help India achieve its energy transition.
Institutional document
Downloaded 135 times

A partner of India since 2008, AFD works in agreement with Indian authorities to promote green and inclusive growth. It operates through loans to state and public enterprises, as well as through technical assistance programs. Our goal: To support sustainable urban development, energy transitions and ecological preservation in India through an integrated and innovative approach.
Institutional document
Downloaded 69 times 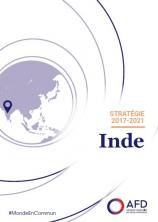 AFD Group has been present in Tanzania since 1993 through its subsidiary Proparco. AFD’s actions in Tanzania are now on a growth curve, mostly via sovereign loans in what are several priority sectors for the Tanzanian government, such as water and sanitation, energy, transport, education, and healthcare. AFD is developing synergies with other donors (European Union, EIB, KfW, World Bank, etc.), especially in the energy and water sectors.
Institutional document
Downloaded 17 times 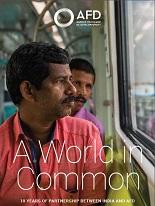 Today’s world is increasingly interconnected. Building a safer, more equitable and sustainable world implies intensifying collective action and partnerships to shape solutions that benefit all. India and France share a special relationship. It’s a bond that has been strengthened in recent years
Institutional document
Downloaded 54 times

THE KOCHI METRO EXPERIENCE: A valuable contribution to the history of Indian metros