Indonesia is one of the world’s most biodiversity-rich countries and home to the planet’s second-largest forest area. Made up of countless islands, it is particularly vulnerable to the consequences of global warming.  Today, Indonesia has become a key actor in the fight against climate change and
Institutional document
Downloaded 25 times

With its bountiful mountains, forests and waterways, Laos has plenty of assets for its development. For the last ten or so years, it has shown a high and stable growth rate, backed up by significant extractive and hydroelectric resources. AFD operates there chiefly in the sectors of agriculture, natural resources and preservation of cultural heritage.
Institutional document
Downloaded 33 times

AFD has been present in Armenia since 2012, financing development projects via sovereign and non-sovereign loans mainly in the sectors of agricultural and territorial development, energy efficiency, and infrastructure. In addition, AFD helps guide public policy reforms and has a mandate for proposing urban development projects.
Institutional document
Downloaded 46 times 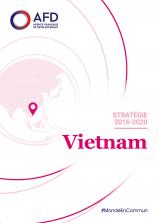 AFD is a recognised operator within Vietnam’s donor community. The Agency has enjoyed a long-standing, special relationship with the Vietnamese authorities. In 2014, AFD celebrated 20 years of activity in Vietnam. Since 1994, AFD has granted 80 financial contributions totalling around EUR 1.6