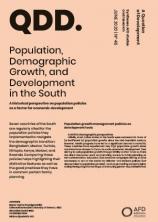 Seven countries of the South are regularly cited for the population policies they implemented to navigate the demographic transition: Bangladesh, Mexico, Tunisia, Ethiopia, Kenya, Malawi, and Rwanda. Comparing these policies helps highlighting their distinctive features as well as the good
Research document
Downloaded 2088 times

The end of apartheid and Nelson Mandela’s election as President of the Republic turned a page in the history of South Africa. In 1994, some 60,000 (white) farmers held around 87 million hectares of land, while 14 million (Black) South Africans confined to the homelands shared the remaining 13
Research document
Downloaded 389 times

Challenging misconceptions in order to improve public policy Many misconceptions exist surrounding urban food supply in the Global South. They result in part from a fragmented vision of the food sector, which generates public policies that are focused either only upstream or downstream. A holistic
Research document
Downloaded 161 times 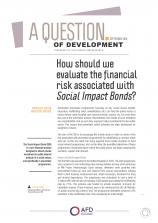 Arab-Islamic education in general, and Koranic schools in particular, are still largely excluded from programs advocating for education for all in Africa. Consequently, recognizing its existence, its importance and its diversity is a prerequisite for building a consultation framework and a dialogue between all stakeholders.
Research document
Downloaded 26 times 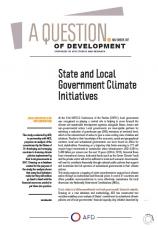 This study conducted by AFD, in partnership with I4CE, proposes an analysis of the commitment by the States of 51 developing and emerging countries to fostering climate policies implemented by their local governments in 2017. Drawing on a database created for the purpose of the study, the analysis shows that many local initiatives exist; but they still seldom go hand in hand with the financial resources needed to put them into practice.
Research document
Downloaded 5975 times 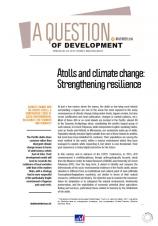 At just a few meters above the waves, the atolls or low-lying coral islands surrounding a lagoon are one of the areas the most exposed to the many consequences of climate change (rising water levels, lagoon erosion, but also ocean acidification and land salinization, changes in rainfall patterns
Research document
Downloaded 3813 times 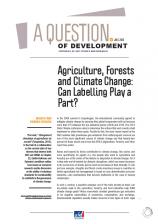 In the 2009 summit in Copenhagen, the international community agreed to mitigate climate change by assuring that global temperature will not increase more than 2°C between the pre-industrial period (1850) and 2100. The 2015 Paris Climate conference aims to determine the actions that each country
Research document
Downloaded 1403 times 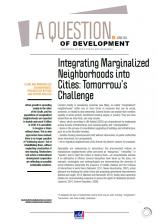 Urban growth is spreading mainly in the cities of the South, and the populations of marginalized neighborhoods are expected to double and reach 2 billion in 2030. It is unrealistic to imagine a future without slums. This is why approaches have evolved: there is no longer question of “bulldozing