generally the sole means of production owned by poor or deprived people. Another shortcoming of the MPI approach is that it does not enable gender inequalities analysis. This is surprising since two out of the three dimensions of the classical MPI are individual attributes. In this study, we also provide a
Document de recherche
Downloaded 1308 times

International emigration and labour market outcomes of women staying behind: the case of Morocco

We tackle the issue of women's activity rates in Morocco by adopting a mixed method approach. Using the 2007 household survey, we find that having a migrant in the household increases women's labour participation, while receiving remittances decreases it. While migration increases women's
Document de recherche
Downloaded 1013 times

The employment of women in Morocco, Tunisia and Turkey is not necessarily equated with financial, social and/or political empowerment. Though the three countries share striking similarities as regards the unfavourable professional situation of women within them, significant regional differences
Document de recherche
Downloaded 762 times

Sub-Saharan Africa has just experienced one of the best decades of growth since the 1960s. Between 2000 and 2012, gross domestic product (GDP) grew more than 4.5 percent a year on average, compared to around 2 percent in the prior 20 years (World Bank various years). In 2012, the region's GDP
Document de recherche
Downloaded 8240 times 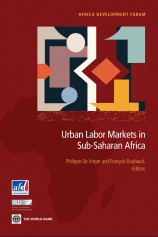 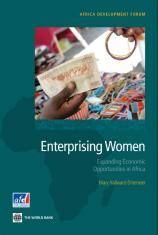 women become entrepreneurs but enabling them to shift to higher return activities. A central question addressed in the book is what explains the gender sorting in the types of enterprises that women and men run? The analysis shows that many Sub-Saharan countries present a challenging environment for women.
Document de recherche
Downloaded 11270 times 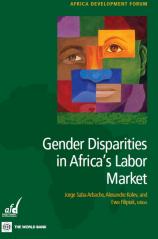 Gender Disparities in Africa‘s Labor Market helps to fill the knowledge gap and identify the links between gender disparities and poverty reduction. The work was implemented in collaboration with a range of poverty and labor market studies to maximize its usefulness for policy dialogue in specific countries. This book will be of interest to policy makers, students, academics, gender experts, and all those interested in gender issues and development.